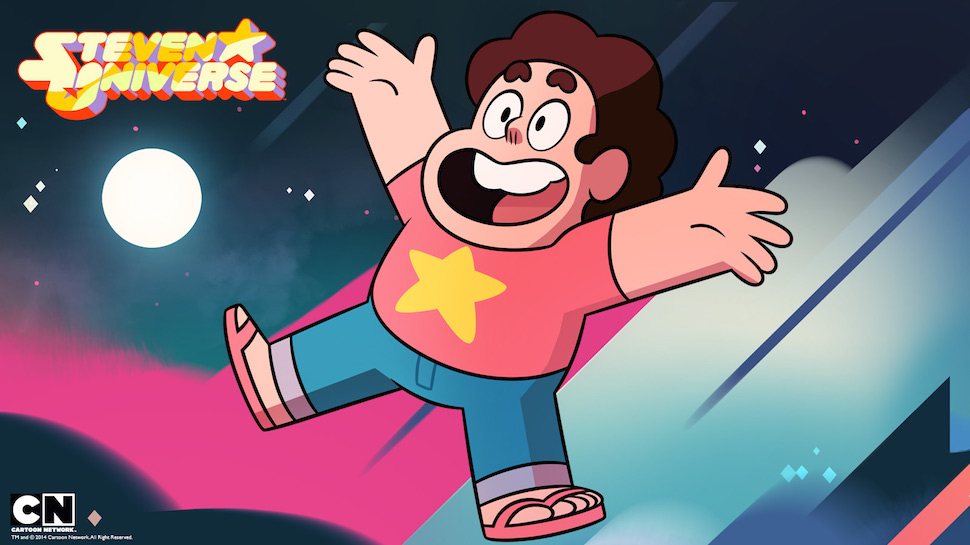 Lauded by WIRED as one of the 15 Best Shows of 2015, Steven Universe, with its deeply realized characters and expanding storylines, has also been praised for its authentic voice, “gorgeous animation and adorable music.” Created by Emmy® and Annie Award-nominated writer and storyboard artist Rebecca Sugar (Adventure Time) and featuring a stellar voice cast including Grammy Award-winner Estelle and BTVA Voice Acting Award-winner Zach Callison, Steven Universe, tells the story of three magical defenders of the planet….and Steven, the proverbial “little brother” to the Crystal Gems — a team of magical guardians of humanity.

The series is a multi-platform powerhouse, with mobile RPG Attack the Light ranking as a #1 Top App in the App Store and the franchise being Tumblr’s most re-blogged animated series of 2015. The third season continues with the “Summer of Steven” with new episodes premiering June through August.

Created by Pete Browngardt, the Emmy® Award-winning Uncle Grandpa continues to delight audiences as it follows the adventures of Uncle Grandpa who is out to help every child and adult in the world through the power of imagination. With his mystical R.V. and eternal optimism, Uncle Grandpa is always ready to greet the day—and everyone he meets—with his signature, “GOOD MORNIN’. Starting this April, everyone’s favorite uncle and grandpa will begin hosting Cartoon Network’s “Good Mornings with Uncle Grandpa” programming block every Saturday.