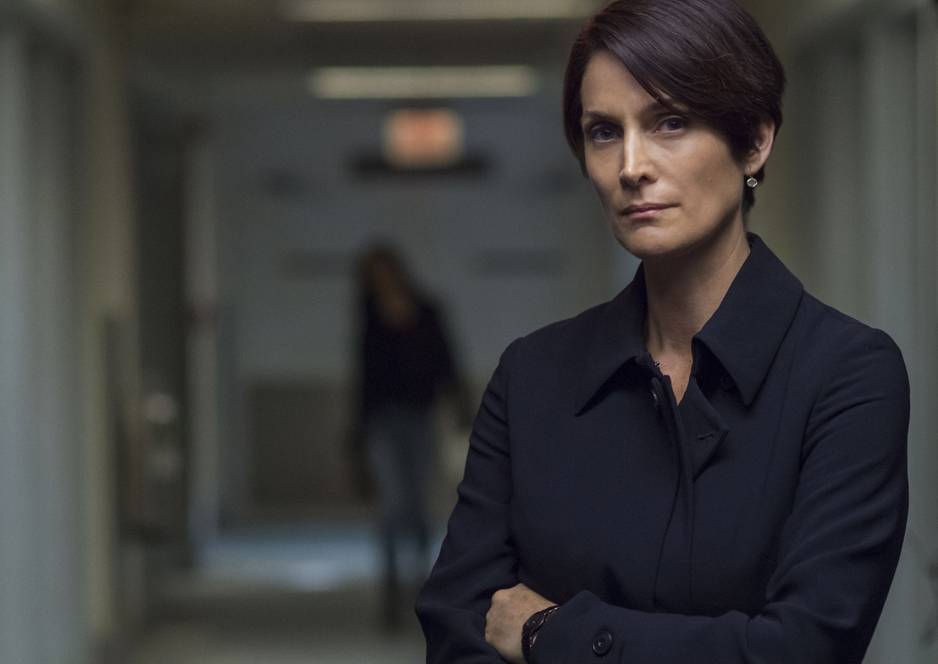 “Marvel’s Iron Fist,” coming soon to Netflix, just got some extra legal expertise with the addition of Carrie-Anne Moss to the cast!

Moss will reprise her role as lawyer Jeri Hogarth, first seen in “Marvel’s Jessica Jones” before also appearing in the Season 2 finale of “Marvel’s Daredevil,” to provide Danny Rand (Finn Jones) with help as he returns to New York.

“Carrie-Anne has fast become a fan-favorite part of our street level saga, and we share our viewers’ excitement in bringing her into ‘Marvel’s Iron Fist,'” said Executive Producer/Head of Marvel Television, Jeph Loeb. “As Marvel fans know, Hogarth in the comics plays a critical role in the life of Danny Rand so it seems only fitting that Carrie-Anne join in.”

“Danny Rand lives in the highest stratosphere of New York’s business society and he’s going to need a ruthless lawyer to help him navigate this alien world,” said Executive Producer and Showrunner, Scott Buck. “I’m very happy to have the opportunity to bring Carrie-Ann Moss as Jeri Hogarth into ‘Marvel’s Iron Fist.'”

In “Marvel’s Iron Fist,” Danny Rand returns to New York City after being missing for years, trying to reconnect with his past and his family legacy. He fights against the criminal element corrupting his world around him with his incredible kung-fu mastery and ability to summon the awesome power of the fiery Iron Fist.

“Marvel’s Iron Fist” is produced by Marvel Television in association with ABC Studios for Netflix.