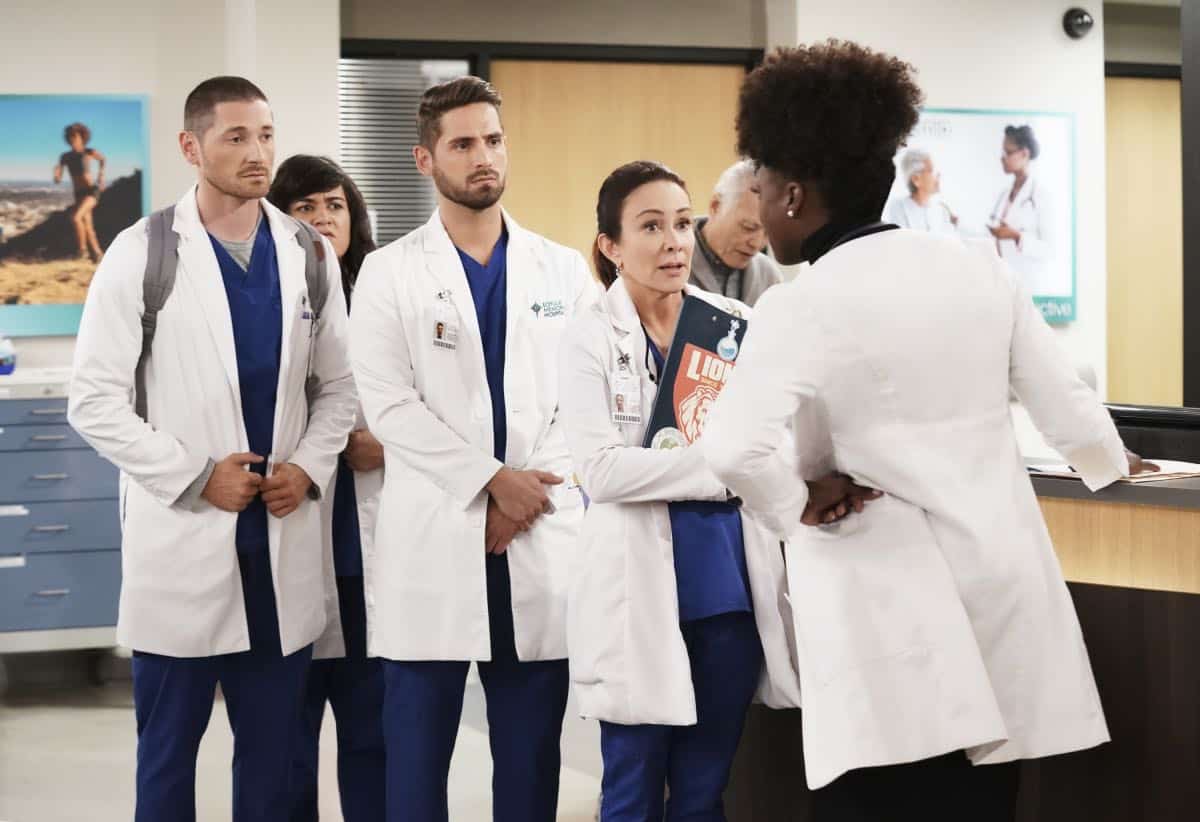 Emmy Award winner Patricia Heaton stars in CAROL’S SECOND ACT, a comedy about a woman who embarks on a unique second act after raising her children, getting divorced and retiring from teaching: pursuing her dream of becoming a doctor. On Carol Kenney’s first day at work, she’s prepped with an abundance of life experience, people skills, talent and enthusiasm, advantages the chief resident and other newly minted interns don’t have – or immediately appreciate.

Carol’s first-year partners on rounds are Lexie, who’s very nervous due to the pressure on her to succeed as the first in her family to go to college, and Daniel, a 2018 Harvard Medical School grad who’s already published in the New England Journal of Medicine…twice. Carol will need to win over their chief resident, Dr. Maya Jacobs, an all-business disciplinarian who doesn’t care for Carol’s chatty, outgoing nature. Fortunately, Carol has a couple of friendly faces at the hospital, including Dr. Frost, the accomplished senior attending physician who finds her charming, and her bubbly daughter, Jenny, a successful pharma sales rep who catches the eye of Carol’s fellow doctors.

At age 50, Carol is a medical intern who must sink or swim with peers who are half her age, and it’s her enthusiasm, perspective, and yes, even her age, that may be exactly what will make her second act a great success.