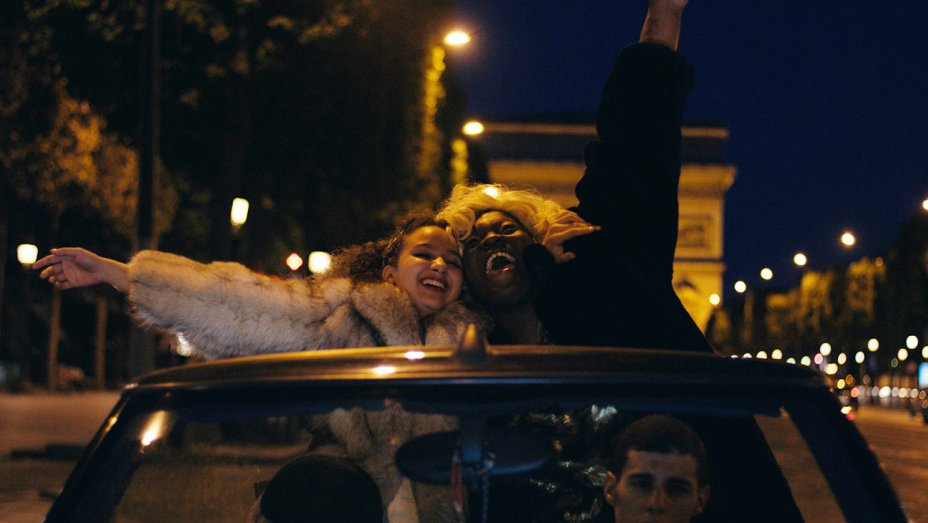 Divines, one of the most critically acclaimed and talked-about films at this year’s Cannes film festival, will be available to Netflix members exclusively in most of the world later this year.

Described by critics as “one of the best young-adult films to come out of France in recent years,” the funny, often suspenseful and emotional drama tells the story of Dounia, a tough, but naive teenager who sees getting rich or dying trying as her most viable option. Set in a ghetto near Paris where drugs and religion reign supreme, Dounia is hungry for her share of power and success. Enlisting the help of her best friend she decides to follow the footsteps of a respected dealer. When Dounia meets a young sensuous dancer, her life takes a surprising turn.

Houda Benyamina’s directorial debut received rave reviews from critics and was awarded the Caméra d’Or, an award of the Cannes Film Festival for the best first feature film presented in one of the event’s selections. Critics heap praise on Oulaya Amamra’s “breakout” performance as Dounia.

“We saw Divines before it was award winning, praised by critics and received a standing ovation at Cannes, we immediately recognized it as an extraordinary film and acquired it early on,” said Ted Sarandos, chief content officer at Netflix. “We’re passionate about bringing our members great films from around the world and thrilled to bring Benyamina’s debut film to our members.”

“Emotions bring people together and are a reflection of society. Thanks to Netflix, Divines will cross borders and the world will be able to enjoy this universal story of love and friendship,” said filmmaker Houda Benyamina. “I am very happy with the collaboration with Netflix.”

Netflix members everywhere, except France, will be able to watch Divines later this year. In France Divines won’t be available on Netflix until 2019 in accordance with French media chronology rules.

Other Netflix acquisitions at Cannes

Netflix aims to bring the best film, series, documentaries and kids programming from around the world to the world. We have already announced the acquisition of Wheelman, which stars Frank Grillo in a film directed by Jeremy Rush that will have a worldwide premiere on Netflix in 2017.

Another Cannes film prize winner Netflix members everywhere can look forward to is French director Sacha Wolff’s Mercenary (Mercenaire). The film tells the story of Soane, a young man of Wallisian origin from New Caledonia, who defies his father’s authority to go and play rugby in France. Left to his own devices on the other side of the world, his odyssey will take him on the path to becoming a man in a world where there is a price to be paid for success.

Further Cannes acquisitions Netflix members will be able to watch include:

Aquarius – A drama from Brazilian director Kleber Mendonça Filho centered around Clara, a 65-year-old widow and retired music critic who is the last resident of the Aquarius, an original two-story building, built in the 1940s, in the upper-class, seaside Avenida Boa Viagem, Recife. All the neighboring apartments have already been acquired by a company which has other plans for that plot. Clara has pledged to only leave her place upon her death. (Aquarius will be on Netflix in North America, Australia, New Zealand, Asia, Latin America (outside of Brazil) UK with other regions to be confirmed.)

The Day Will Come – A Danish drama directed by Jesper Nielsen developed and written by Søren Sveistrup, known from hit shows like The Killing. Set in the 1960s, The Day Will Come centers around two two inseparable brothers, Elmer and Erik, who are locked in a boy’s home and engage in a battle against the tyrannical Headmaster Heck to set themselves free. (Exact country availability to be confirmed.)

Very Big Shot – The feature debut of Lebanese directed Mir-Jean Bou Chaaya. The comedy deals with brothers Ziad and Joe who run a small but lucrative drug-dealing business out of their takeout pizzeria in one of Beirut’s working-class districts. With their youngest brother Jad about to be released from prison, Ziad and Joe plan to go straight, but their supplier isn’t keen to see his dealers retire.

Journey to Greenland – A French comedy directed by Sébastien Betbeder. Two thirty-something actors from Paris hit a rough patch and decide to leave the city and fly away to Kullorsuaq, one of the most remote villages of Greenlands. Among the Inuit community, they discover the local customs and their friendship is challenged.

Raman Raghav 2.0 – An Indian thriller from director Anurag Kashyap.Ramanna, a serial killer fascinated by a psychopath from the 60s, and Raghavan, a young policeman, are waging a battle without mercy. But who is really the one being chased?

Additional titles are still under negotiation.