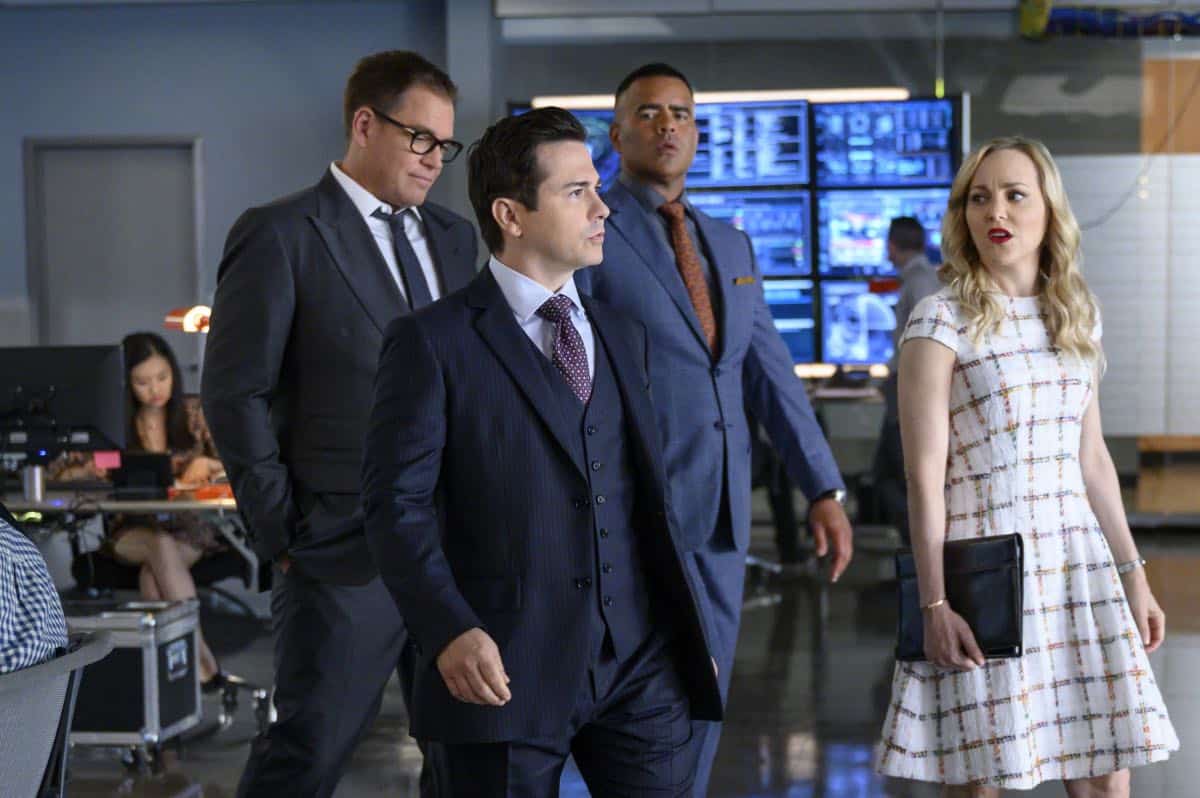 BULL Season 4 Episode 2 Photos Fantastica Voyage – “Fantastica Voyage” – Bull sees a visionary whereas the federal government sees a con woman, when he helps the defense of a charismatic entrepreneur, Whitney Holland (Liz Alderfer), who’s accused of defrauding investors in her seemingly groundbreaking water filtration system company. As the trial gets underway, Bull focuses on selecting jurors whose belief systems allow them to see his client as a dreamer who never meant criminal intent, on BULL, Monday, Sept. 30 (10:00-11:00 PM, ET/PT) on the CBS Television Network. Michael Weatherly directed the episode.

ULL stars Michael Weatherly as Dr. Jason Bull in a drama inspired by the early career of Dr. Phil McGraw, the founder of one of the most prolific trial-consulting firms of all time. Brilliant, brash and charming, Dr. Bull is the ultimate puppet master as he combines psychology, human intuition and high-tech data to learn what makes jurors, attorneys, witnesses and the accused tick. His personal life proves harder to manage as he tries to live a healthier lifestyle following a heart attack and learns he is expecting a child with his ex-wife.