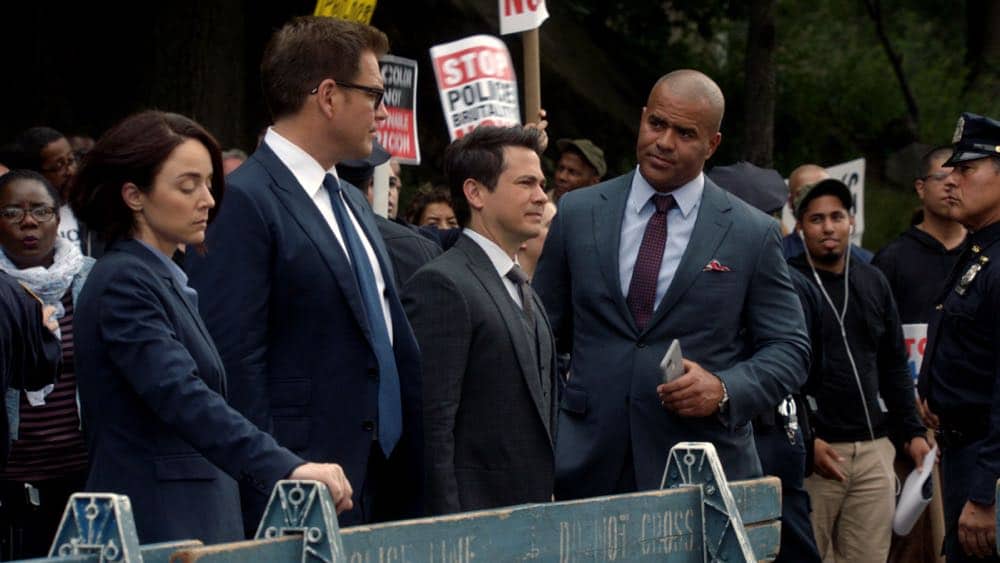 BULL Season 3 Episode 3 Photos Excessive Force – “Excessive Force” – Bull and the TAC team are at the center of a federal civil suit dividing the city when they consult for the NYPD on the defense of a police officer accused of excessive force in the shooting of an unarmed man. As they aim to select jurors who will focus on the shooting’s circumstances, the social politics surrounding the case create tension within their own ranks, on BULL, Monday, Oct. 8 (10:00-11:00 PM, ET/PT) on the CBS Television Network.