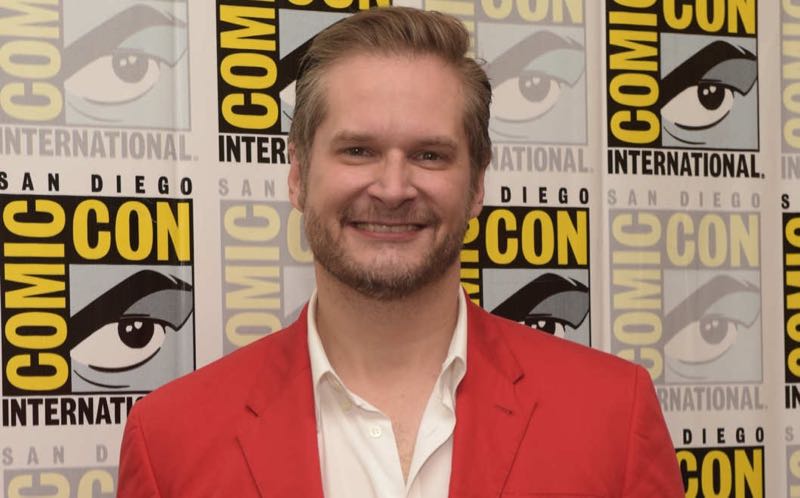 Bryan Fuller, who launched his career writing for “Star Trek: Deep Space Nine” and “Star Trek: Voyager,” will return to the television franchise as co-creator and executive producer of the new CBS “Star Trek” series.

As previously announced, the new series, produced by CBS Television Studios, will launch with a special preview broadcast on the CBS Television Network in early 2017. The premiere episode and all subsequent first-run episodes will then be available exclusively in the United States on CBS All Access, the Network’s digital subscription video on demand and live streaming service. The new “Star Trek” series marks the first original series developed for CBS All Access.

“My very first experience of ‘Star Trek’ is my oldest brother turning off all the lights in the house and flying his model of a D7 Class Klingon Battle Cruiser through the darkened halls. Before seeing a frame of the television series, the ‘Star Trek’ universe lit my imagination on fire,” said executive producer Bryan Fuller. “It is without exaggeration a dream come true to be crafting a brand-new iteration of ‘Star Trek’ with fellow franchise alum Alex Kurtzman and boldly going where no ‘Star Trek’ series has gone before.”

“Bringing ‘Star Trek’ back to television means returning it to its roots, and for years those roots flourished under Bryan’s devoted care,” said executive producer Alex Kurtzman. “His encyclopedic knowledge of ‘Trek’ canon is surpassed only by his love for Gene Roddenberry’s optimistic future, a vision that continues to guide us as we explore strange new worlds.”

“For the past 50 years, ‘Star Trek’ has been a groundbreaking franchise that not only changed the landscape of television, but made a significant impact on pop culture,” said David Stapf, President, CBS Television Studios. “When we began discussions about the series returning to television, we immediately knew that Bryan Fuller would be the ideal person to work alongside Alex Kurtzman to create a fresh and authentic take on this classic and timeless series. Bryan is not only an extremely gifted writer, but a genuine fan of ‘Star Trek.’ Having someone at the helm with his gravitas who also understands and appreciates the significance of the franchise and the worldwide fan base was essential to us.”

Recently, Fuller served as executive producer and writer on NBC’s “Hannibal,” based on the characters from the book Red Dragon by Thomas Harris. He got his start writing “Star Trek: Deep Space Nine,” followed by “Star Trek: Voyager,” where he worked his way from freelance writer to staff writer to co-producer. Fuller went on to create the critically acclaimed series “Dead Like Me” and “Wonderfalls.” Also, he served as writer and co-executive producer on the first season of “Heroes,” before leaving to create the Emmy Award-winning “Pushing Daisies.” Fuller is currently executive producing along with partner Michael Green an adaptation of Neil Gaiman’s novel American Gods for the STARZ network.

This year marks the 50th anniversary of “Star Trek,” one of the most successful entertainment franchises of all time. The original “Star Trek,” created by Gene Roddenberry, spawned a dozen feature films and five successful television series. Half a century later, the “Star Trek” television series are licensed on a variety of different platforms in more than 190 countries, and the franchise still generates more than 1 billion social media impressions every month.

“Star Trek” will be produced by CBS Television Studios in association with Kurtzman’s Secret Hideout. Kurtzman, Fuller and Heather Kadin will serve as executive producers.

CBS All Access is the CBS Television Network’s digital subscription video on-demand and live streaming service.  CBS All Access gives CBS fans the ability to watch more than 7,500 episodes on demand – spanning current shows from primetime, daytime and late night, as well as past seasons of select series and classic TV hits, including every episode of all previous STAR TREK television series. CBS All Access is currently available online at CBS.com, on mobile devices via the CBS App for iOS, Android and Windows 10, and on Roku Players, Apple TV, Chromecast, Android TV, Xbox 360 and Fire TV. To sign up, visit http://www.cbs.com/allaccess.

CBS Television Studios is one of the industry’s leading suppliers of primetime programming for broadcast, basic and premium cable. The studio’s roster of programs includes the phenomenally successful NCIS and CSI franchises; the critically acclaimed series THE GOOD WIFE, MADAM SECRETARY, JANE THE VIRGIN and CRAZY EX-GIRLFRIEND; the hit crime dramas ELEMENTARY, BLUE BLOODS and HAWAII FIVE-0; the summer event series ZOO and the upcoming new dramas BRAINDEAD and AMERICAN GOTHIC; the Emmy Award-nominated daytime talk show THE TALK; and the new late night talk shows THE LATE SHOW WITH STEPHEN COLBERT and THE LATE LATE SHOW WITH JAMES CORDEN; and the highly anticipated new “Star Trek” series for CBS All Access.