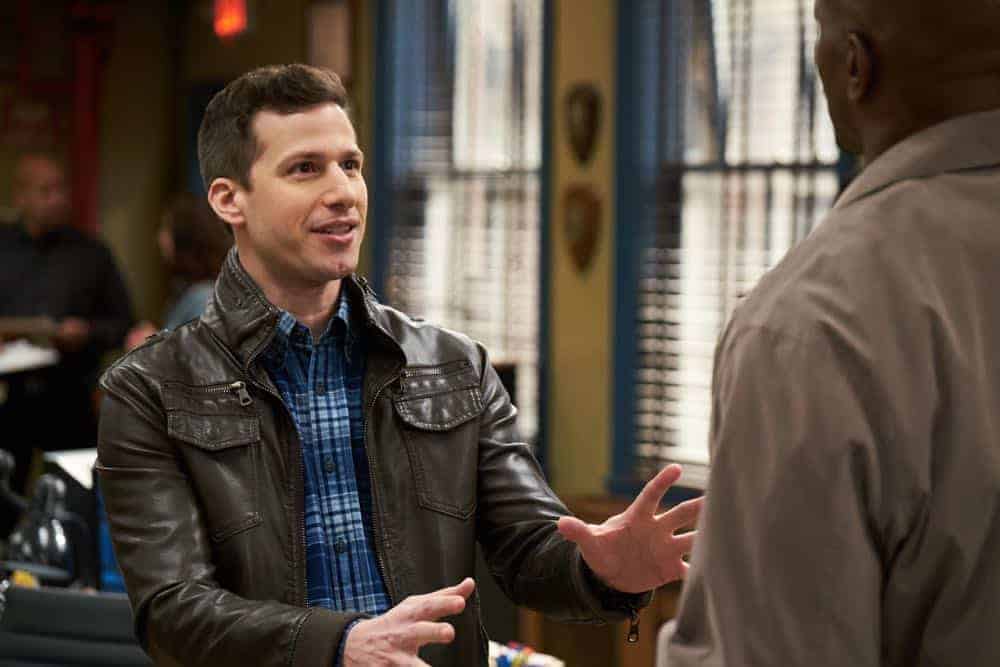 Rosa and Amy team up to take down their “white whale” suspect – a ruthless killer who has managed to elude them for seven years – while Terry helps Jake tackle his wedding planning chores. Then, Captain Holt and his rival, Olivia Crawford (guest star Allison Tolman), try to convince each other to step down in the campaign for Commissioner in the all-new “White Whale” episode of BROOKLYN NINE-NINE airing Sunday, May 13 (8:30-9:00 PM ET/PT) on FOX. (BRK-521) ((TV-14 D, L, V) BROOKLYN NINE-NINE Season 5 Episode 21 Photos White Whale.