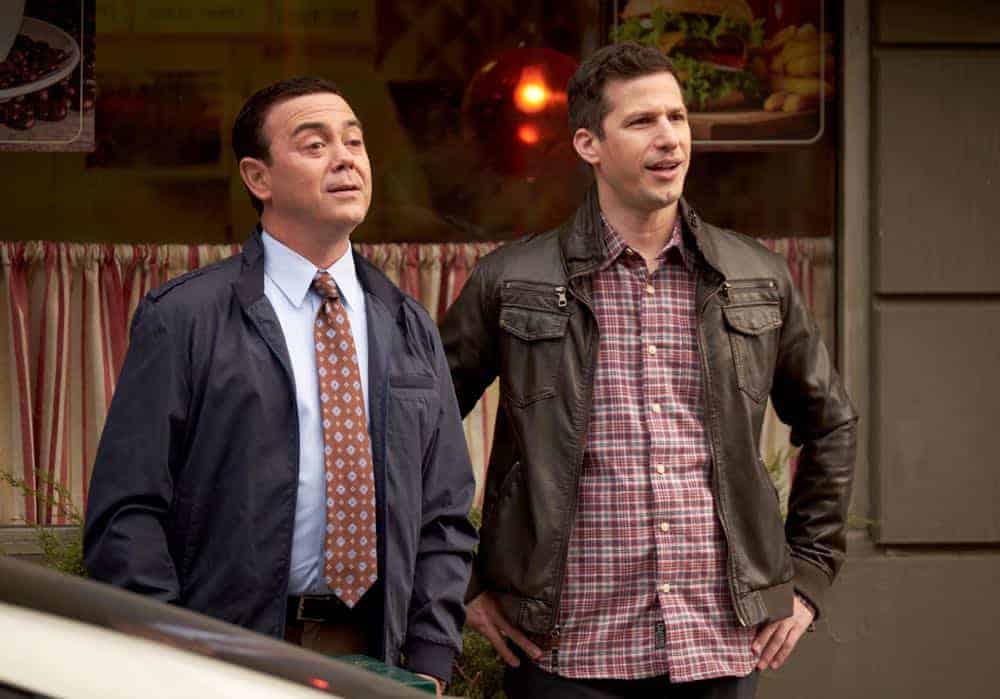 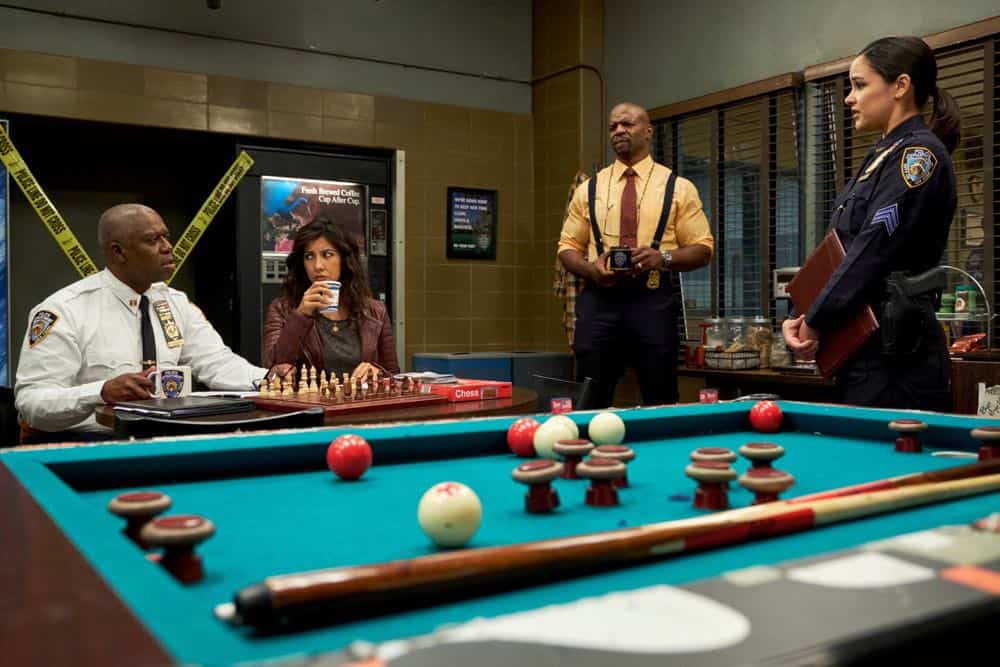 Jake and Charles realize that they’ve been suckered into the cult-like NutriBoom pyramid scheme, and must find a way to sever their contracts. Then, Jake invites his newly discovered half-sister (guest star Nasim Pedrad) to stay with him in New York, but when he and Amy realize she’s a bit of a nightmare, they must find a way to get her back home to Dallas in the all-new “NutriBoom/DFW” special one-hour episode of BROOKLYN NINE-NINE airing Sunday, April 15 (8:30-9:30 PM ET/PT) on FOX. (BRK-515/18) (TV-14 D, L, V) BROOKLYN NINE-NINE Season 5 Episode 15/16 Photos NutriBoom/DFW.