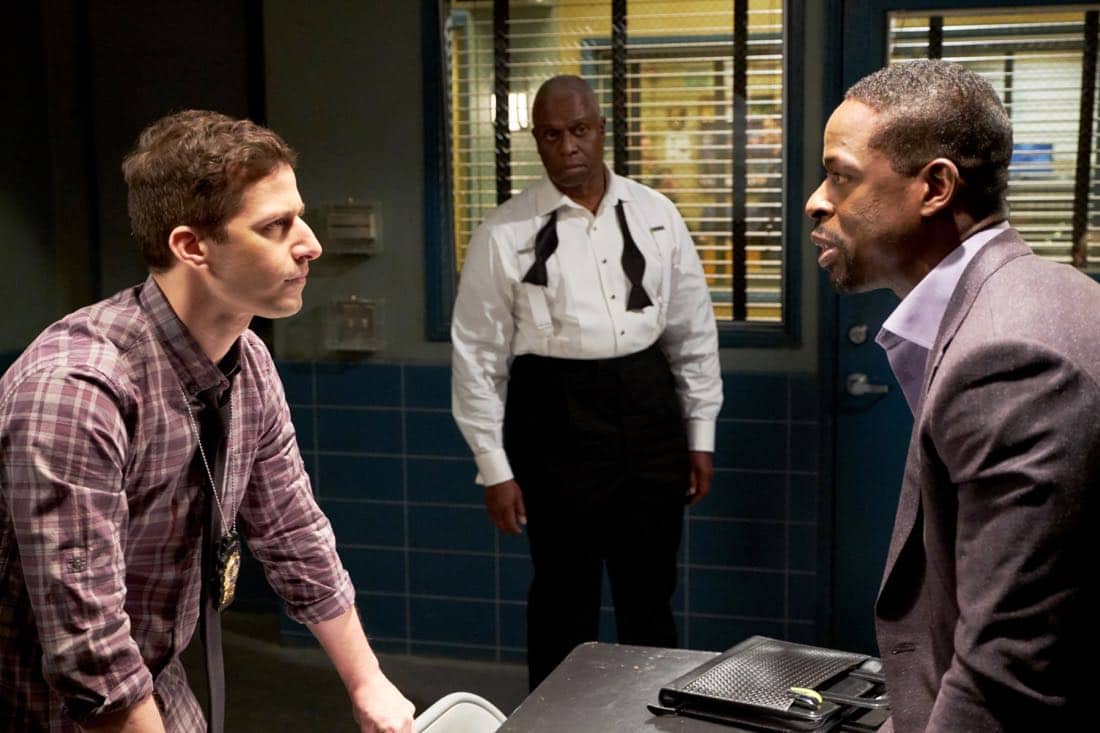 Jake embarks on an all-night long interrogation in order to elicit a confession out of a suspect (guest star Sterling K. Brown). But when Captain Holt skips the opera in order to stay back and help, the two cops clash over how to get him to talk in the all-new “The Box” episode of BROOKLYN NINE-NINE airing Sunday, April 1 (8:30-9:00 PM ET/PT) on FOX. (BRK-516) (TV-14 D, L) BROOKLYN NINE-NINE Season 5 Episode 14 Photos The Box.