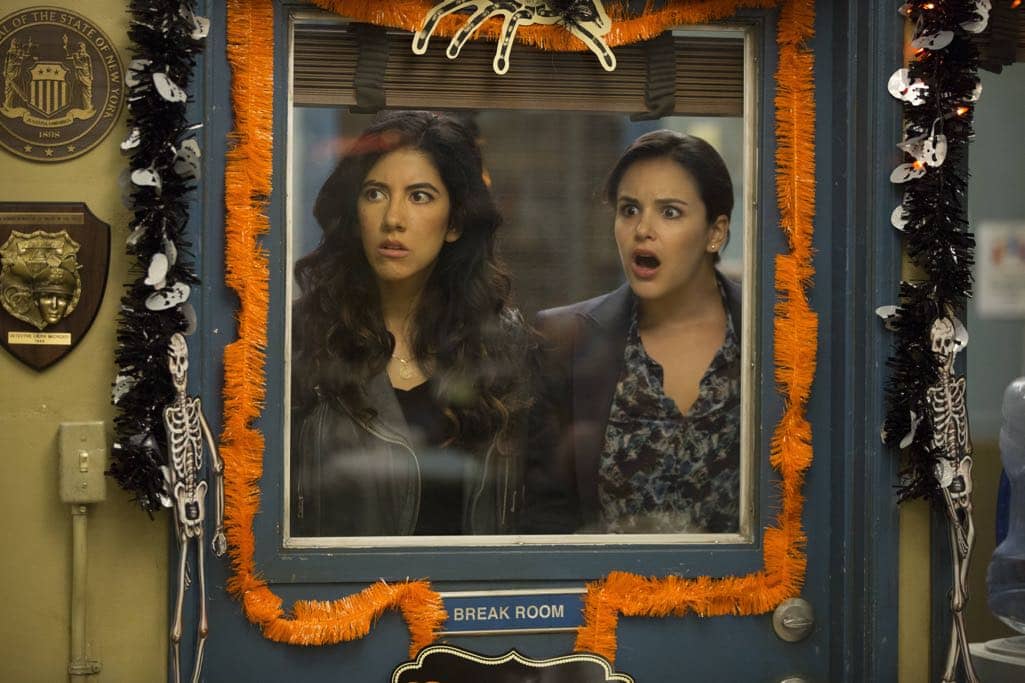 It’s Halloween in the Nine-Nine, which can only mean one thing: heist time. This year, the squad members pull out all the stops in their quest to win the new defending title of “Ultimate Detective Slash Genius.” Lines are drawn and plans are made, but there can only be one reigning champion in the all-new “Halloween IV” episode of BROOKLYN NINE-NINE airing Tuesday, Oct. 18 (8:00-8:31 PM ET/PT) on FOX. (BRK-405) (TV-14 D, L, V)