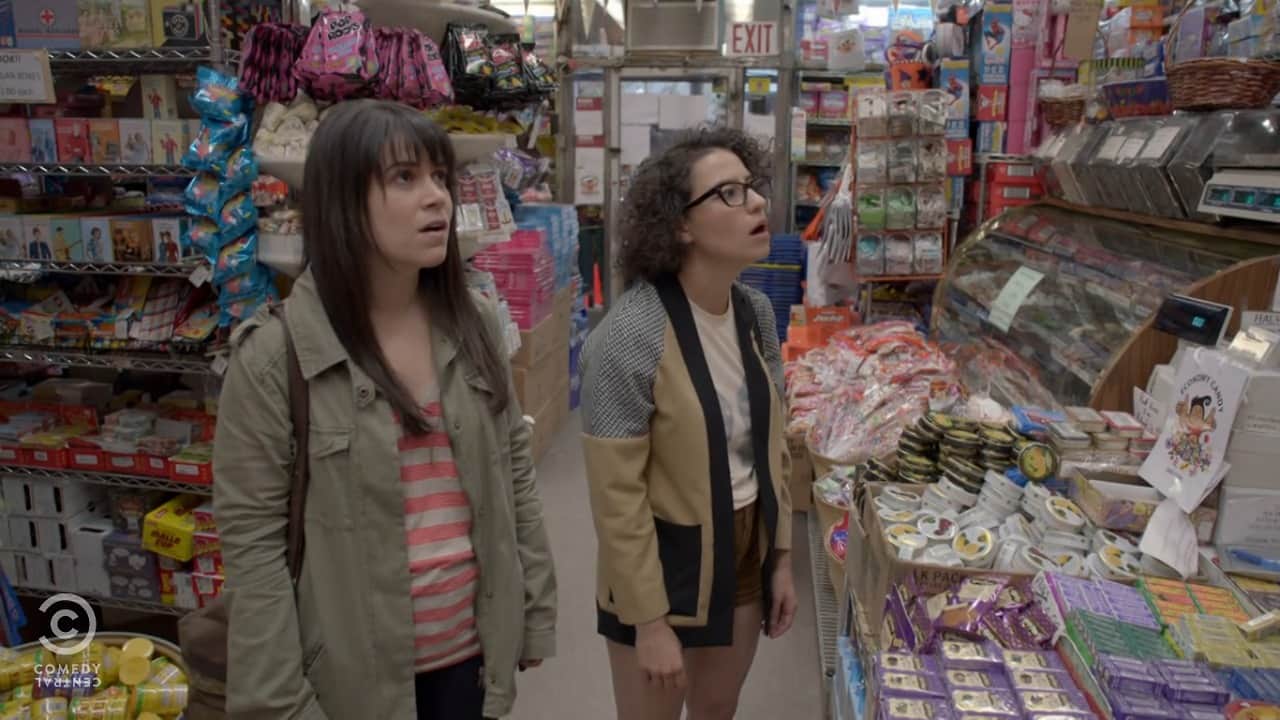 Created by, written by, and starring Abbi Jacobson and Ilana Glazer, the critically-acclaimed Broad City follows Abbi and Ilana as they navigate life in New York, capturing their hookups, relationships, crappy jobs and, ultimately, their badass friendship. In the season four premiere entitled “Sliding Doors,” viewers discover how Abbi and Ilana met for the first time on a spring day, back in 2011.

Glazer and Jacobson have earned universal praise from fans and critics alike thanks to their dynamic relationship which, combined with impeccable comedic timing and chemistry, has led to many accolades including a 2016 Writers Guild Award nomination for “Best Comedy Series,” nominations for “Best Comedy Series” by the Broadcast Television Journalists Association in both 2014 and 2015 and numerous and continual mentions in a bevy of year-end “Best of TV” editorial lists.

The fourth season of Broad City is executive produced by Glazer and Jacobson, along with Paper Kite Productions’ Amy Poehler and Brooke Posch, 3 Arts’ Dave Becky, and Jax Media’s Tony Hernandez and Lilly Burns. Eric Slovin serves as Co-Executive Producer along with Lucia Aniello and Paul W. Downs. This year Glazer and Jacobson directed episodes for the first time; they each directed two full episodes this season. Sarah Babineau and Samantha Schles are the Executives in Charge of Production for Comedy Central.

Fans can like Broad City on Facebook and follow the show on Twitter, Tumblr, and Instagram to see and share show highlights, gifs, behind-the-scenes videos and Broad City fan art. With season four around the corner, now is the perfect time to revisit favorite clips from seasons 1-3 on cc.com, as well as the Emmy(R)-nominated web series Hack Into Broad City. True Broad City kweens can also head to cc.com for the YAS-worthy season four trailer and exclusive content including deleted scenes and outtakes.

Fans can catch up on all three seasons of Broad City on the Comedy Central App and on cc.com for six days beginning September 7. Season four episodes of Broad City will be available to stream the same day as air on the Comedy Central App and cc.com. They will also be available the day after air on iTunes, Amazon Video, VUDU, Microsoft Movies & TV, Verizon Multi-Screen, Google Play, Frontier Communications, Sony Interactive Entertainment. The Broad City season three DVD is available now on Amazon and at major retailers through Comedy Central Home Entertainment and Paramount Home Media Distribution. DVD bonus features include outtakes and deleted scenes, a behind-the-scenes look at the NOMO FOMO Broad City art show, and a special edition poster..