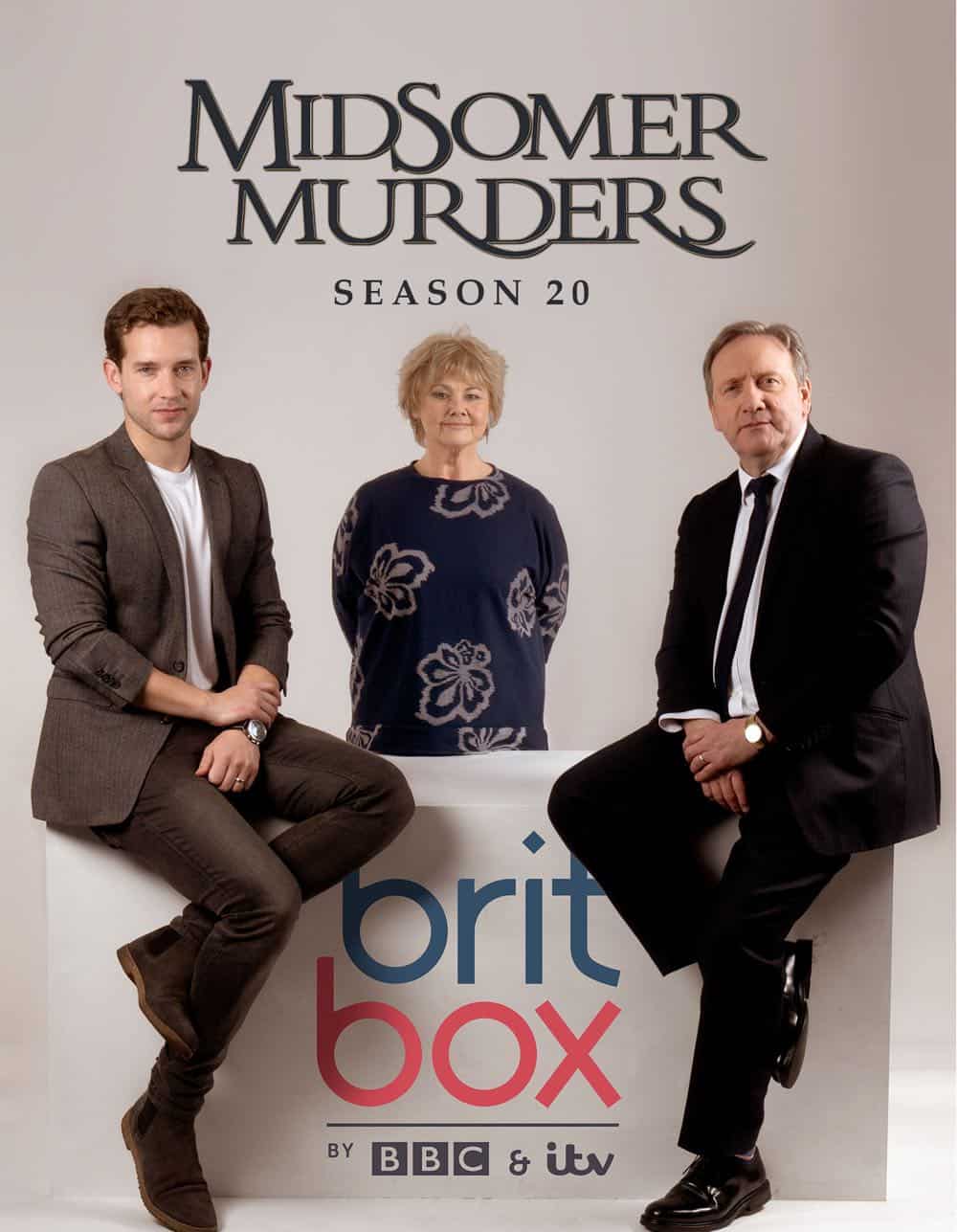 Starting this weekend, BritBox, the subscription service from BBC Studios and ITV, offering the biggest collection of streaming British television, is inviting subscribers back to Midsomer. The long-running and widely popular drama Midsomer Murders will begin airing new episodes from its 20th season on the service in the States on May 4th, PRIOR to its UK ITV premiere.

Based on Caroline Graham’s book series and originally adapted by Anthony Horowitz, the long-running mystery follows the efforts of Detective Chief Inspector John Barnaby (Neil Dudgeon) as he solves crimes that occur in the wealthy, isolated English county of Midsomer. While it may look like a picturesque and peaceful place on the outside, Barnaby is astutely aware it is filled with amoral and snobbish eccentrics with all kinds of vices.

“Fans have been asking for months when new episodes of Midsomer Murders will be coming to BritBox and we are thrilled to tell them the wait is over,” said Soumya Sriraman, President of BritBox. “In addition it is especially exciting to be able to air these here in North America before our friends in the UK get to see them. For us, it usually works the other way around where we add international content to our ‘Now’ section within hours of its premiere, but here we are able to give our loyal base a real treat with this special early access.”

All 19 previous seasons of the show are now available on BritBox as well as a special playlist featuring Neil Dudgeon’s favorite episodes, each with special exclusive video introductions.

The debut of these episodes comes on the heels of BritBox’s first birthday and a successful year of bringing the best of British dramas, comedies, and nonfiction programming to a U.S. audience, with many shows airing within a day of their broadcast across the pond through the SVOD’s Now program.

BritBox is a digital video subscription service offering the largest collection of British TV in the U.S. and Canada. Created by two British content powerhouses—BBC Studios, the subsidiary arm of the BBC, and ITV, the UK’s biggest commercial broadcaster—the service features iconic favorites, exclusive premieres, and current series and soaps—most available within 24 hours after their UK premier. BritBox also offers expert curation and playlists that enable fans to easily find programs they know and discover new favorite via web, mobile, tablet and connected TV’s. AMC Networks is a minority investor in the service.