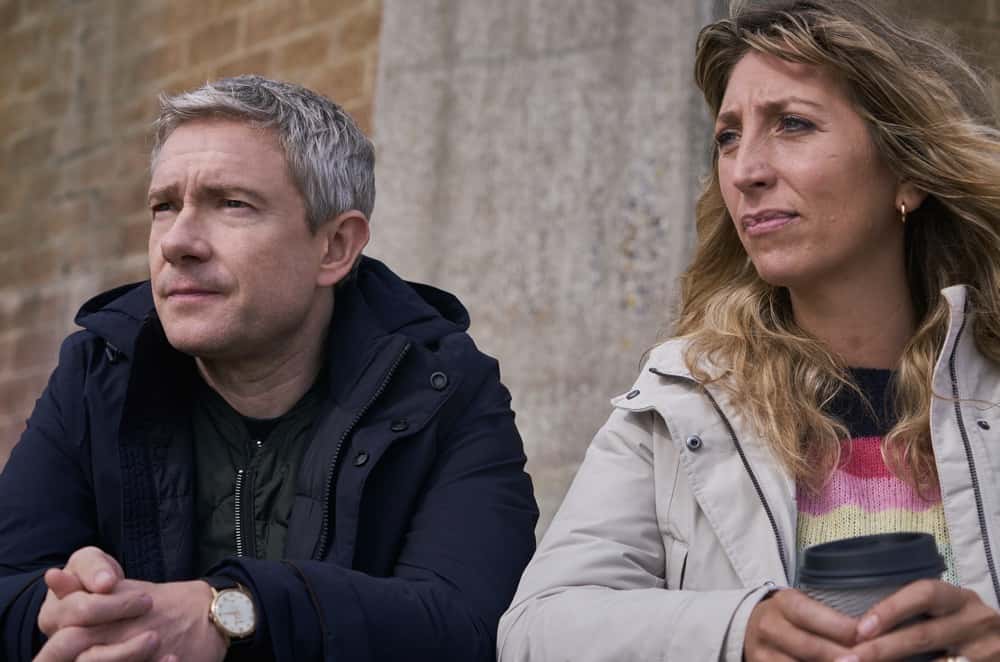 Breeders, the comedy series that explores the challenges of modern parenting, has been renewed for a third season on FX, it was announced today by Nick Grad, President, Original Programming, FX Entertainment. The series starring Martin Freeman and Daisy Haggard, which recently completed its second season, is set to return next year.

“Through two seasons, we’ve watched ‘Paul,’ ‘Ally’ and their children grow as a family in ways that are reassuring and sometimes concerning,” said Grad. “Martin Freeman and Daisy Haggard are brilliant as the flawed but devoted parents and we are glad that they, along with Simon Blackwell, Chris Addison and the rest of the creative team and cast, are bringing the series back for a third season that will take us along for the next stage in this family’s journey.”

Martin Freeman commented: “I’m very happy to get to do another season of the show. We’re delighted that FX is with us in spending time with the Worsleys, and hopefully let the audience see that, once again, no, they’re not alone.”

Simon Blackwell added: “Delighted that we’ve got three seasons. One more and it’s a pizza. This is such a superb team to work with, and it’s a pleasure and a privilege to make the show. I can’t wait to see what terrible and brilliant but let’s face it mainly terrible things will happen to the Worsley family in the next 10 episodes.”

Daisy Haggard said: “I’m so excited to get to tell another chapter of this story. It’s such a privilege to be in such fine company and such masterful hands!!”

Chris Addison said: “Apart from the sheer joy of working with this incredible team, very little gives us more pleasure than putting Paul and Ally through the wringer, so we’re thrilled that FX have decided to give us this shiny new third wringer to put them through. I’m intrigued to see what shape they come out the other side.”

Jon Thoday, Executive Producer at Avalon, said: “We’re delighted with FX’s commitment to Breeders, whose support for this exciting show has been excellent.”

Breeders explores the parental paradox that you’d happily die for your children, but quite often also want to kill them.

In season two, now available to stream on FX on Hulu, “Luke” (Alex Eastwood) is now 13 years old and “Ava” (Eve Prenelle) is 10, serving up brand new parenting challenges for “Paul” (Martin Freeman) and “Ally” (Daisy Haggard). Luke’s increasing anxiety and Ava’s growing independence add some new and uncharted complications into the existing chaotic mix of stretched resources, lack of time and the fine art of winging it while looking like you know what you’re doing. Paul’s parents, “Jackie” (Joanna Bacon) and “Jim” (Alun Armstrong) are older too, as is Ally’s mother “Leah” (Stella Gonet), leading Paul and Ally to find that they now have to parent the generation above them as well as the generation below. And at the center of all this is Paul and Ally’s relationship. Can they survive the new pressures as they just-about survived the old ones? Or is there a finite number of ropes you can find yourself at the end of?

FX is home to acclaimed and award-winning television available on the FX on Hulu streaming hub, the FX, FXX and FXM cable networks, and the video on-demand service FXNOW. FX on Hulu offers next day access to FX and FXX current series, FX’s library of legacy series, and exclusive original programming, including Devs, Mrs. America, A Teacher and the upcoming Y: The Last Man, The Old Man, American Horror Stories and Fleishman is in Trouble.

FX additionally features the drama series Mayans M.C., Pose, Snowfall and Taboo; the limited series American Horror Story, American Crime Story, Fargo, FEUD, Black Narcissus and the upcoming Pistol and Shōgun; the comedies Archer, Atlanta, Better Things, Breeders, DAVE, It’s Always Sunny in Philadelphia, What We Do in the Shadows and the upcoming Reservation Dogs andLittle Demon; the half-hour series Mr Inbetween, The Choe Show and the Untitled B.J. Novak Project; the weekly short-form comedy programming showcase Cake; and a growing slate of docuseries and documentary features, including The New York Times Presents, The Most Dangerous Animal of All, AKA Jane Roe, A Wilderness of Error, Hip Hop Uncovered; Hysterical, PRIDE and the upcoming Welcome to Wrexham. FX is the former home of The Shield, Nip/Tuck, Rescue Me, Damages, Sons of Anarchy, Justified and The Americans.

Over the past decade, FX has received 369 Emmy® Award nominations and won 68 Emmys. FX has earned the most Emmy®Award nominations of any ad-supported cable brand for nine consecutive years.  Over the past five years, FX has tied for the most Golden Globe® Award wins of any network or streaming service, and it has won 12 American Film Institute Awards for Television Programs of the Year awards, the second most of any network or streaming service.

As a leading promoter of live comedy, Avalon produced Newman and Baddiel: Live at Wembley, the UK’s first arena comedy show; Jerry Springer: The Opera, the first West End show to win all four UK ‘Best New Musical’ awards; and has continued to produce and promote live shows globally, as well as promoting more winners and nominees of the prestigious Edinburgh Comedy Award than any other company.