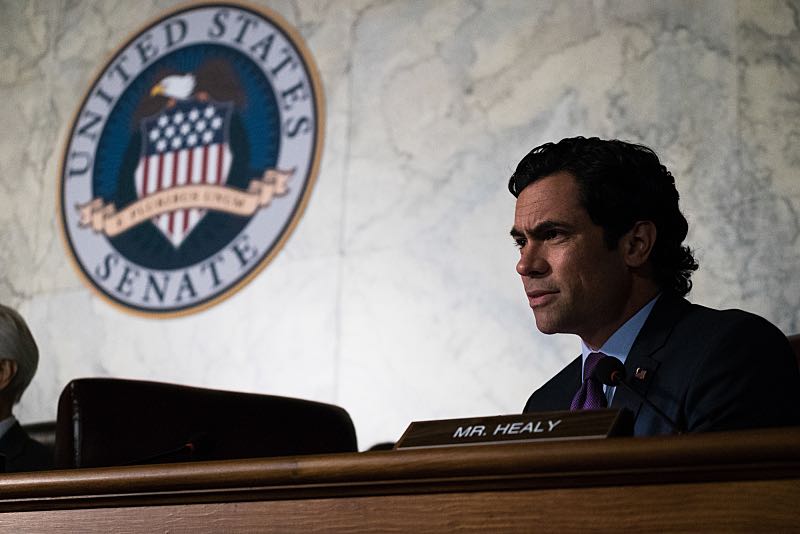 BRAINDEAD Season 1 Episode 8 Photos : The Path to War Part One: The Gathering Political Storm :  – Rochelle and Gustav capture and question a man they suspect is infected by the bugs. Also, Luke and Red face off in a Senate Intelligence meeting about a potential war, on BRAINDEAD, Sunday, August 14 (10:00-11:00 PM, ET/PT) on the CBS Television Network.