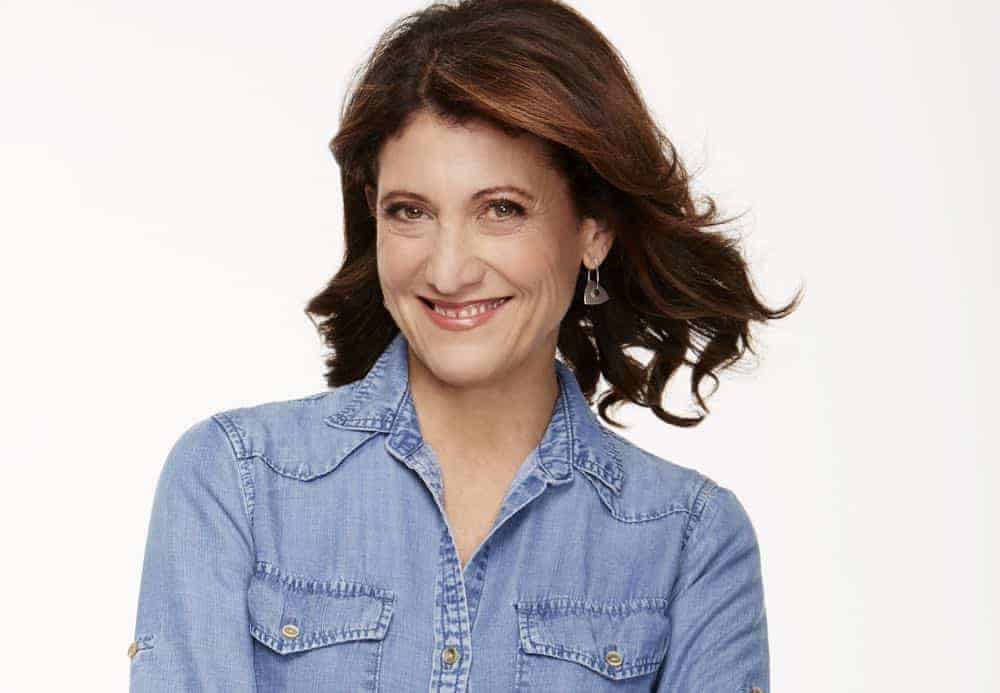 With an admirable career starting with appearances in the Oscar award-winning films “Moonstruck” and “Working Girl” to roles in the acclaimed television series PICKET FENCES, FREAKS & GEEKS, FELICITY, ER, BROTHERS & SISTERS and fun appearances in shows like Syfy’s BEING HUMAN and CBS’ THE MENTALIST, Amy Aquino has appeared in an astounding array of incredible film and television projects. Amy’s most recent work on the Amazon series BOSCH has been just as incredible. In an exclusive interview, Amy talks about her work on BOSCH and reflects on a few things she has learned throughout her noteworthy career.

What continues to be the appeal for you about portraying Lt. Grace Billets and working on BOSCH?
AMY: It’s an extremely intelligent show that’s committed to presenting the life of those in law enforcement realistically, with three-dimensional characters who are quietly heroic and yet very human. The challenge with Grace is balancing her friendships and her duties – with everyone, but especially with her old friend Harry.

How would you describe who Grace is at this point?
AMY: She’s in a tough place in her career, since making Captain — the obvious next move for her — isn’t going to happen. This season insult is added to injury when Irving appoints her temporary Captain at the worst possible moment for the station and the LAPD. It’s a thankless job, but she rises to it by reaffirming why she went into law enforcement in the first place.

What do you most admire about her?
AMY: I love her ability to be clear and strong without being nasty, or losing her humanity. I’m always thrilled when real officers come up to me – and they do, often — and tell me that she’s exactly the LT that they would love to have.

What is it like working alongside such a talented ensemble, including Titus Welliver and Lance Reddick in BOSCH?
AMY: With colleagues like Titus, Jamie and Lance, as well as DeJuan Johnson, vets like Scott, Gregory, Troy and the amazing guest stars we attract, all I need is to be clear on the story, and be completely present – they give me everything I need.

What has been your favorite part about working on BOSCH?
AMY: Getting to really know people in law enforcement, from our priceless advisors Detectives Mitzi Roberts and Tim Marcia, to the real Hollywood Captain Cory Palka, to the many officers who join us as background performers. The fact that the Hollywood Division is my local station makes it even more fulfilling.

As an actor, what has been the one thing you haven taken away from the experience of working on BOSCH?
AMY: That you can’t ever forget the most basic questions – where am I coming from, where am I going, what do I want, and how do I get it.

What do you think viewers appreciate about the show? Why do they keep tuning in?
AMY: I think they love the texture, the contrast between the sunny LA in their minds and the gritty one that really exists and that we showcase, and the understated way we tell the story.

Which storyline has resonated the loudest within you?
AMY: Probably last season when Grace and Jamie had to question and investigate if their friend Harry had crossed a line that no one can cross without losing a piece of their humanity.

What has surprised you most about your career so far?
AMY: This job. While I’ve been working steadily since graduate school, for the last 25 years it’s been as a guest star, in plays and small movie roles. Landing this steady job at this age was an unexpected gift for which I’m extremely grateful.

At this stage of your career, what do you think you have learned from the roles and projects you have worked on?
AMY: If it ain’t on the page, it ain’t on the stage. If you can find good writing, the rest comes easily.

What is your proudest achievement from your career so far?
AMY: That I’ve been able to stay in the game, support myself, and play a whole lot of great roles with amazing people.

Then what are the perks of where you are in your career right now?
AMY: I have the freedom to choose how to spend my time 8 months of the year, and not worry about my next job.

Has there been any great advice you have gotten about working as an actor?
AMY: The stage – where I trained — requires that your face and body tell the story. On film all that matters is what’s happening internally. A very talented and very patient film director used successive takes to get me to bring my performance “in”; even when I thought I was “doing” nothing at all he told me, “You are acting with your eyes.”

What advice would you offer to other upcoming and aspiring actors?
AMY: I advise a lot of kids coming out of acting programs. I always tell them that this is, finally, a painfully arbitrary business – great actors can languish and bad ones can prosper. So if acting doesn’t give you the life you want, find that life elsewhere.

At a time when women’s voices are rising to be heard and respected around the country and world, what do you recommend your fans do to lend support in that endeavor?
AMY: Be outspoken about the women characters they love, and seek out the movies and TV that showcase women’s stories and lives.

Do you have any other upcoming projects that you can share that fans should keep an eye out for?
AMY: I’ll be appearing with Steve Carrell and Maura Tierney in the feature “Beautiful Boy,” out soon, and a small indie film entitled “Hacked” has just been released online.

To see what professional quandaries and ethical dilemmas Grace will face and conquer this season on BOSCH, be sure to tune in for the Season 4 premiere, which will be available for binge-watching on Friday, April 13th exclusively on Amazon Prime. For additional teasers and behind-the-scenes content, you can follow the show on Twitter @BoschAmazon. Then to follow Amy’s professional career as she continues to impress us on screen, you can follow her on Twitter @Aquino_Amy. Watch carefully as she continues to delight and surprise!