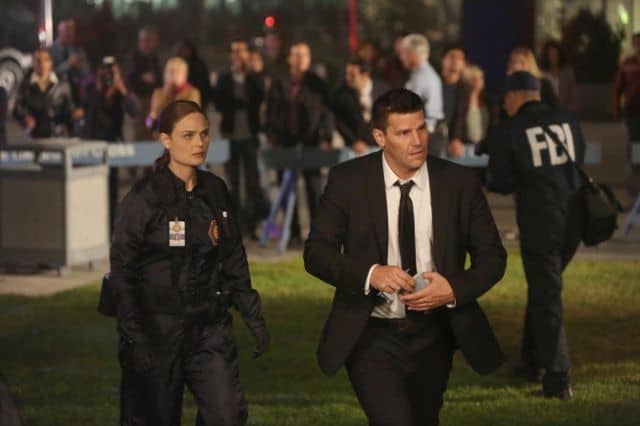 BONES Season 9 Episode 4 The Sense In The Sacrifice Promo : Pelant (guest star Andrew Leeds) is back, and the members of the Jeffersonian team want to put an end to the hold he’s had over them, once and for all. When a human cadaver is willed for research to the team, they devise a plan, with the help of Special Agent Hayes Flynn (guest star Reed Diamond), to stage the human cadaver in a way that Pelant would stage a murder, and steal his spotlight in order to flush him out. But their plan backfires when Pelant is a step ahead of them, resulting in him killing someone close to Booth. Meanwhile, Sweets returns from his leave of absence and is convinced that Agent Flynn isn’t the person whom everyone thinks he is in the all-new “The Sense in the Sacrifice” episode of BONES airing Monday, Oct. 7 (8:00-9:00 PM ET/PT) on FOX. (BON-903) (TV-14 D, L, V)