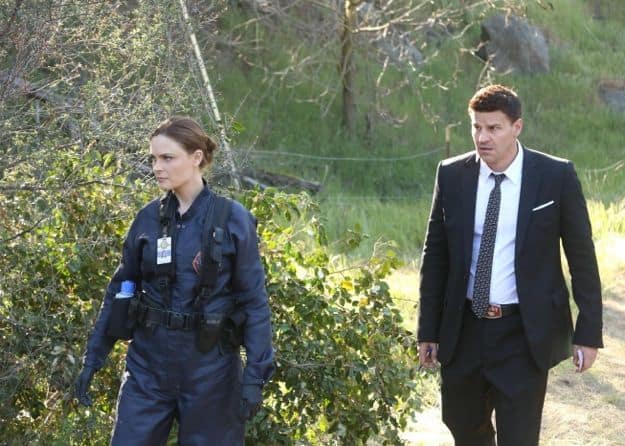 BONES Season 8 Episode 24 The Secret In The Siege Photos : When evil tech genius Christopher Pelant (guest star Andrew Leeds) returns to toy with the Jeffersonian team in their newest investigation, they discover that the string of murders that have been occurring are tied to FBI agents close to Booth (David Boreanaz). Meanwhile, as the investigation unfolds, Sweets realizes that the evidence seems all too familiar to him and Brennan starts evaluating her relationship with Booth when signs begin to point to him as a potential target of Pelant’s in the all-new “The Secret in the Siege” season finale episode of BONES airing Monday, April 29 (8:00-9:00 PM ET/PT) on FOX. (BON-820) (TV-14 L, V)