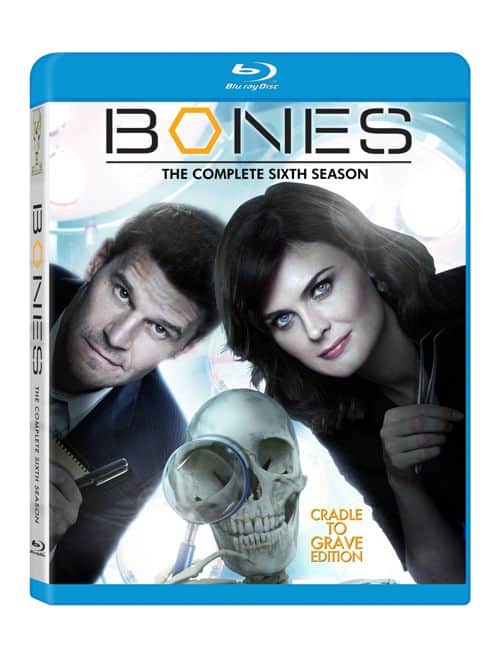 Experience the most explosive season yet as FBI agent Seeley Booth (David Boreanaz) and forensic anthropologist Dr. Temperance Brennan (Emily Deschanel) steam up the lab with passion and drama. Follow the dynamic duo as they solve crimes in BONES The Complete Sixth Season arriving on Blu-ray and DVD October 11 from Twentieth Century Fox Home Entertainment.

BONES is a darkly amusing procedural drama centered on a highly skilled forensic anthropologist Dr. Temperance Brennan (Deschanel) whose expertise lies in her uncanny ability to read clues left behind in the victim’s bones. She partners with an FBI agent (Boreanaz) on murder investigations when the standard methods of identifying a body are useless.

Discover all 23 episodes and never-before-seen exclusive extras on the BONES The Complete Sixth Season on Blu-ray and DVD including extended episodes, a gag reel, special featurettes, commentaries and more. The ARP for Blu-ray is $49.99 and DVD is $39.99 respectively.