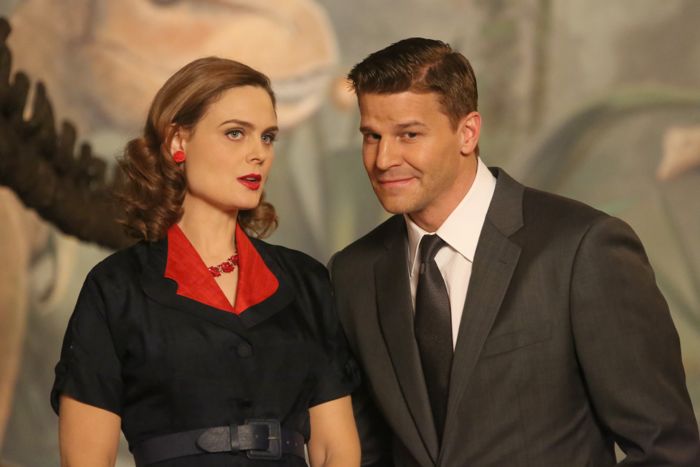 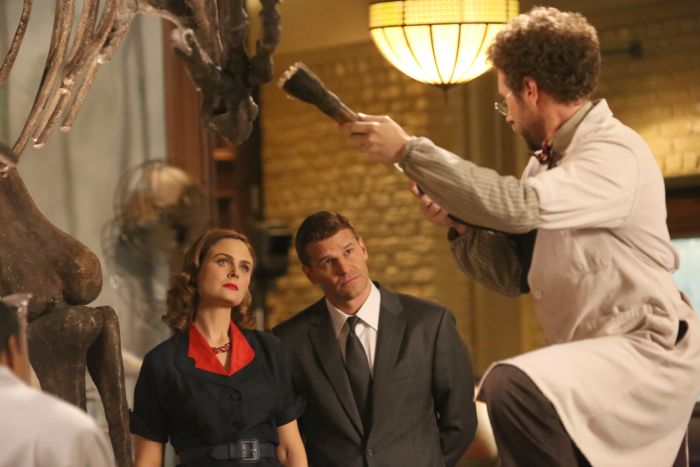 BONES: In an episode that reimagines the Jeffersonian and FBI teams in 1950s Hollywood, Brennan plays an LAPD detective, and Booth is a notorious jewel thief who is far more than he seems to be. When Booth is framed for a murder, he and Brennan team up to clear his name and find the killer in the “The 200th in the 10th” 200th episode of BONES airing Thursday, Dec. 11 (8:00-9:00 PM ET/PT) on FOX. Pictured L-R: Emily Deschanel, David Boreanaz and TJ Thyne. ©2014 Fox Broadcasting Co. Cr: Patrick McElhenney/FOX