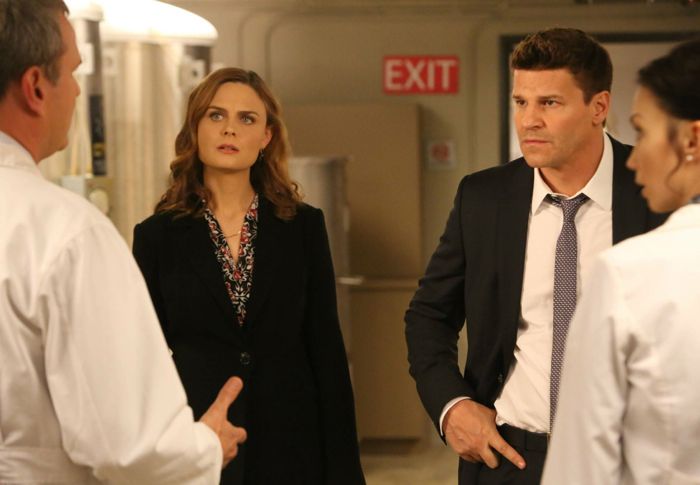 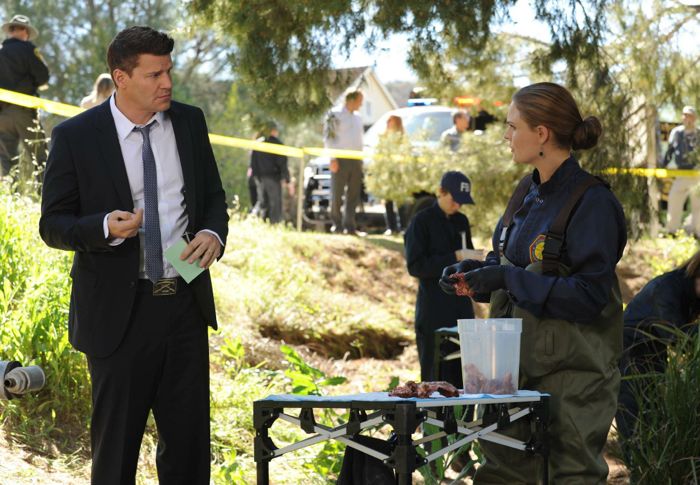 BONES Episode 9.21 Photos The Cold in the Case : The Jeffersonian team investigates the murder of a woman whose remains were found in a swamp. When the team realizes that her body was cryogenically frozen before it was disposed, it leads them to a cryogenic preservation facility where they learn more about the victim’s personal life. Meanwhile, Cam is hesitant to meet Arastoo’s father and mother (guest star Shohreh Aghdashloo) for the first time and Booth is up for a huge promotion that could uproot his entire family in the all-new “The Cold in the Case” episode of BONES airing Monday, April 14 (8:00-9:00 PM ET/PT) on FOX. (BON-919) (TV-14 L, S, V)