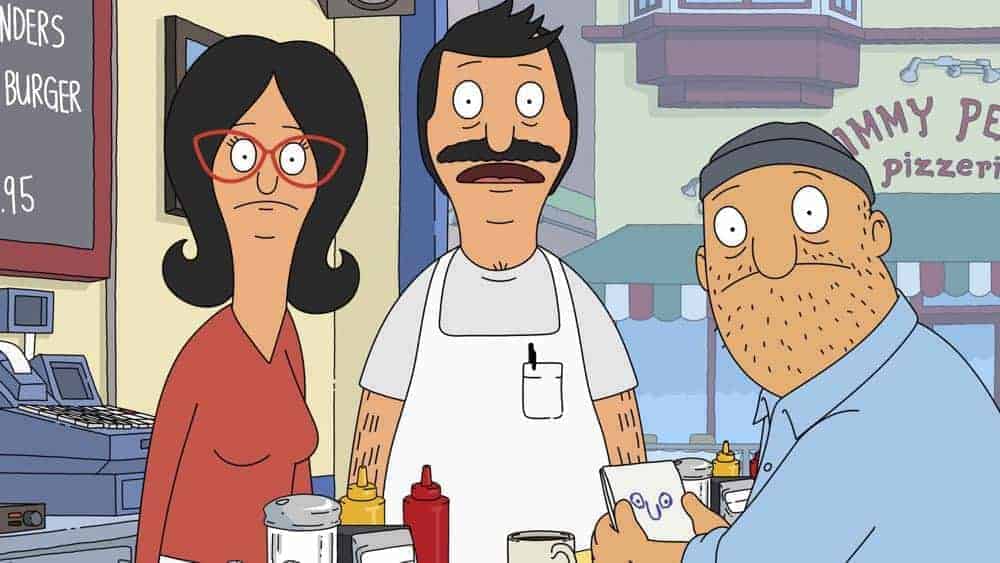 BOB’S BURGERS Season 9 Episode 3 Photos Tweentrepreneurs – Tina, Louise and Gene get a taste of business when they join the school’s Tweentrepeneurs club. Back at the restaurant, Bob and Linda find themselves outsmarted by a dine-and-dasher in the all-new “Tweentrepreneurs” episode of BOB’S BURGERS airing Sunday, Oct. 14 (8:28-9:00 PM ET/PT) on FOX. (BOB-809) (TV-14 L)