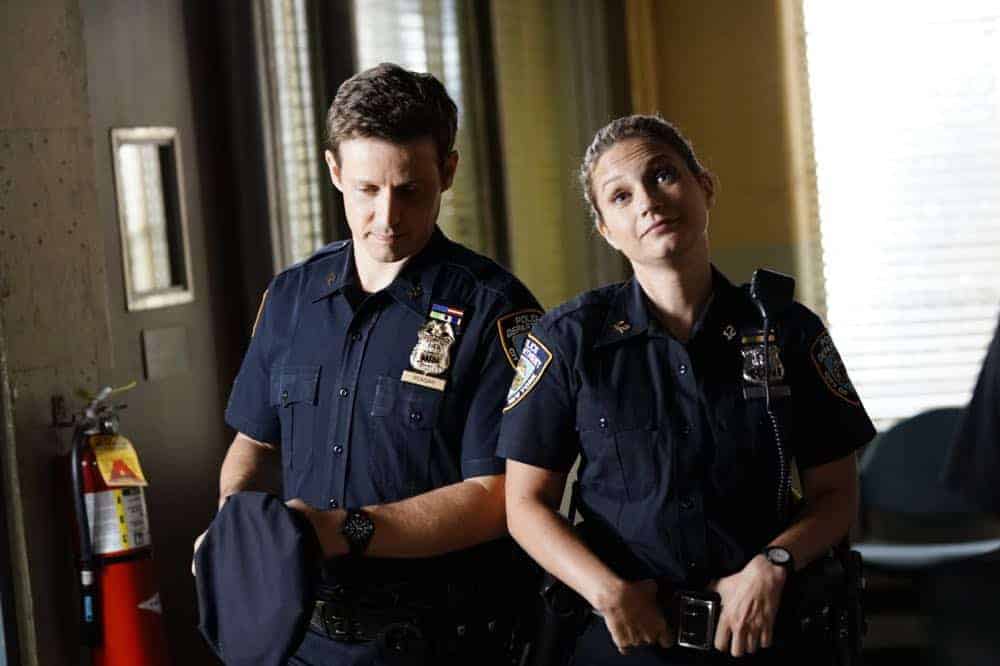 BLUE BLOODS Season 9 Episode 2 Photos Meet The New Boss – “Meet the New Boss” – Gormley looks to Danny and Baez for help tracking down a former NYPD detective he believes may be a threat to Frank’s safety. Also, Erin navigates office politics when she chooses to reopen a closed case; Jamie is transferred to a new precinct with a lot of problems; and Frank and Baker team up to investigate a complaint about an SVU detective, on BLUE BLOODS, Friday, Oct. 5 (10:00-11:00 PM, ET/PT) on the CBS Television Network. Bebe Neuwirth returns as Kelly Peterson, the corporation counsel who handles civil claims against the department.