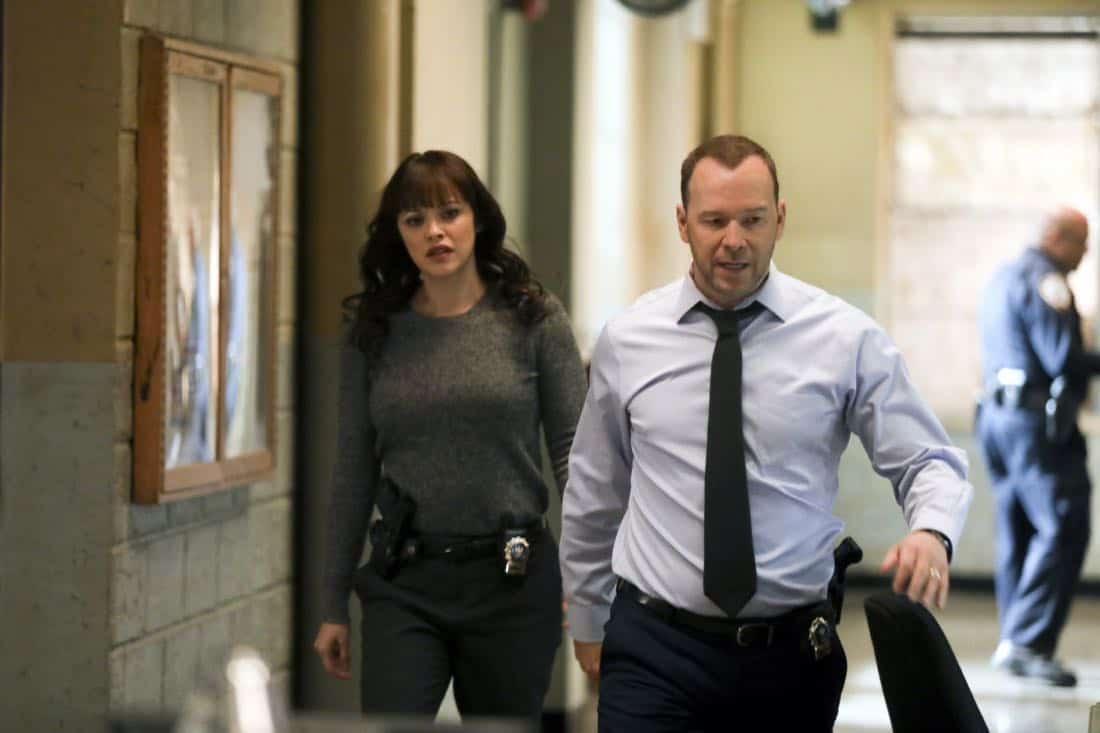 “Tale of Two Cities” – Danny and Baez investigate the murder of a man who was living a double life with two separate families, and Anthony tries to resist when Erin asks him to help investigate his old partner, whom she suspects of stealing drug money. Also, Frank deliberates between two candidates for the chief of transit position, on BLUE BLOODS, Friday, March 9 (10:00-11:00 PM, ET/PT) on the CBS Television Network. BLUE BLOODS Season 8 Episode 16 Photos Tale of Two Cities

A source of pride and concern for Frank is his eldest son, Danny, a seasoned detective, family man and Iraq War vet who on occasion uses dubious tactics to solve cases with his partner, Detective Maria Baez. The Reagan women in the family include Erin, a New York Assistant D.A. who also serves as the legal compass for her siblings and father, as well as a single parent to her teenage daughter, Nicky.

Jamie is the youngest Reagan, a Harvard Law graduate and the family’s “golden boy.” Unable to deny the family tradition, Jamie decided to give up a lucrative future in law and follow in the family footsteps as a cop. He’s found a friend and ally in Eddie, his young and eager female partner, who keeps him on his toes, but has very different reasons than the Reagans for joining the police force.