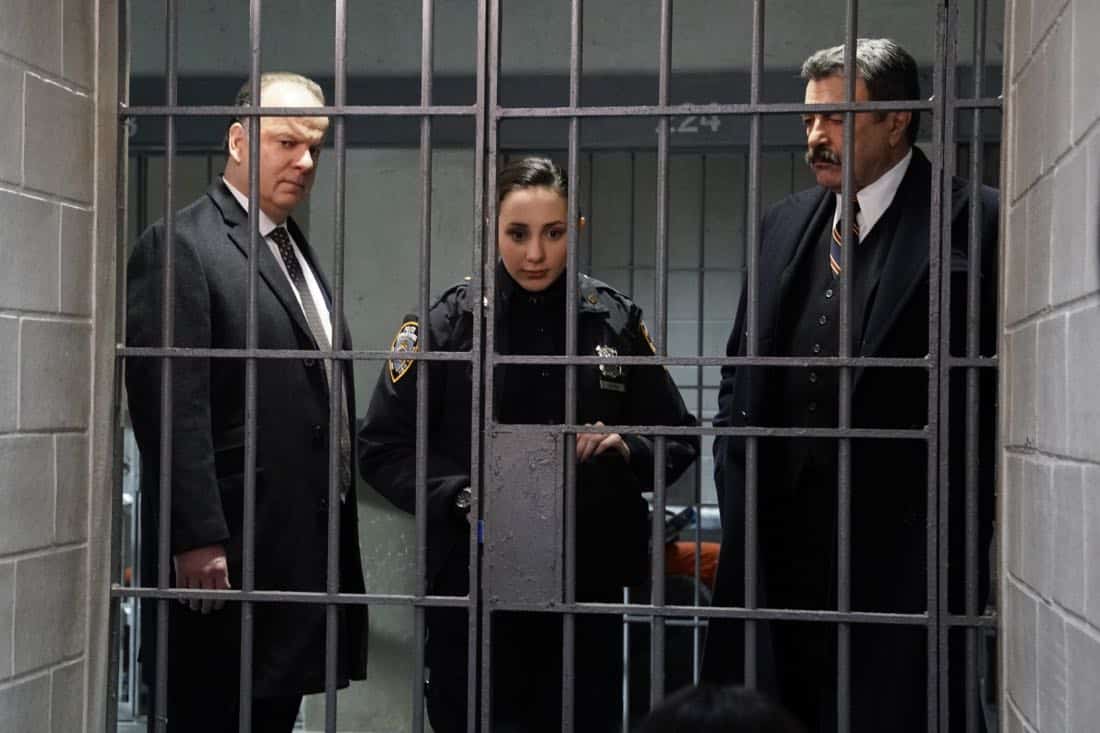 “Legacy” – Danny considers taking a new job that would ease his financial struggles after investigating the death of a wealthy man. Also, Nicky tries to avoid involving her family when she is sexually harassed by her boss (Sean Kleier) at her new internship, and Garrett advises Frank to regain the public’s trust after a rookie cop is caught on video questioning a pedestrian’s immigration status, on BLUE BLOODS, Friday, March 2 (10:00-11:00 PM, ET/PT) on the CBS Television Network. BLUE BLOODS Season 8 Episode 15 Photos Legacy