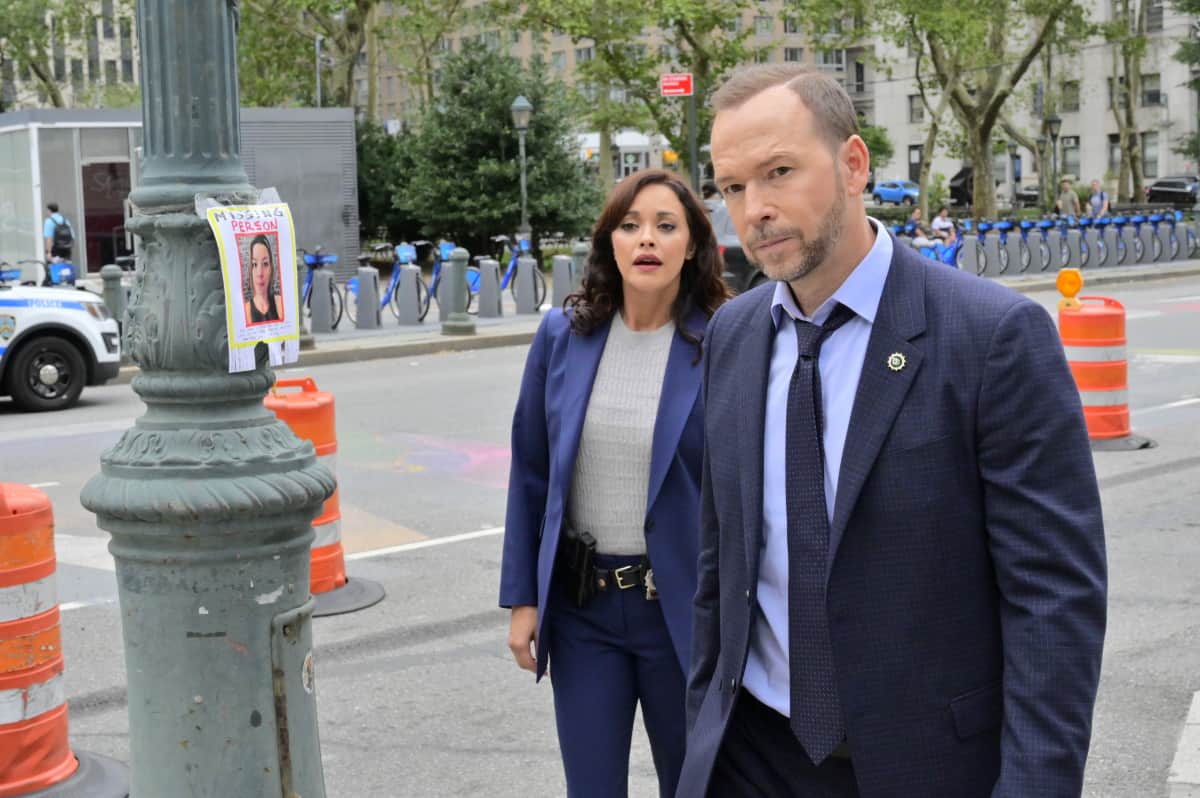 BLUE BLOODS Season 12 Episode 5 Photos Good Intentions – Jamie and Eddie experience marital tension when Eddie allows her newly released ex-convict father, Armin (Michael Cullen), to live with them. Also, Danny and Baez go out of their way to help a desperate out-of-town man (Dave Quay) find his missing sister; Anthony enlists Erin’s help when new evidence arises in a closed case from his previous police career; and Frank goes head to head with Archbishop Kearns (Stacy Keach) when a local priest calling for the NYPD to be defunded causes friction between the force and the church, on the CBS Original series BLUE BLOODS, Friday, Nov. 5 (10:00-11:00 PM, ET/PT) on the CBS Television Network, and available to stream live and on demand on Paramount+. s12e05 12×05 12.05 s12e5