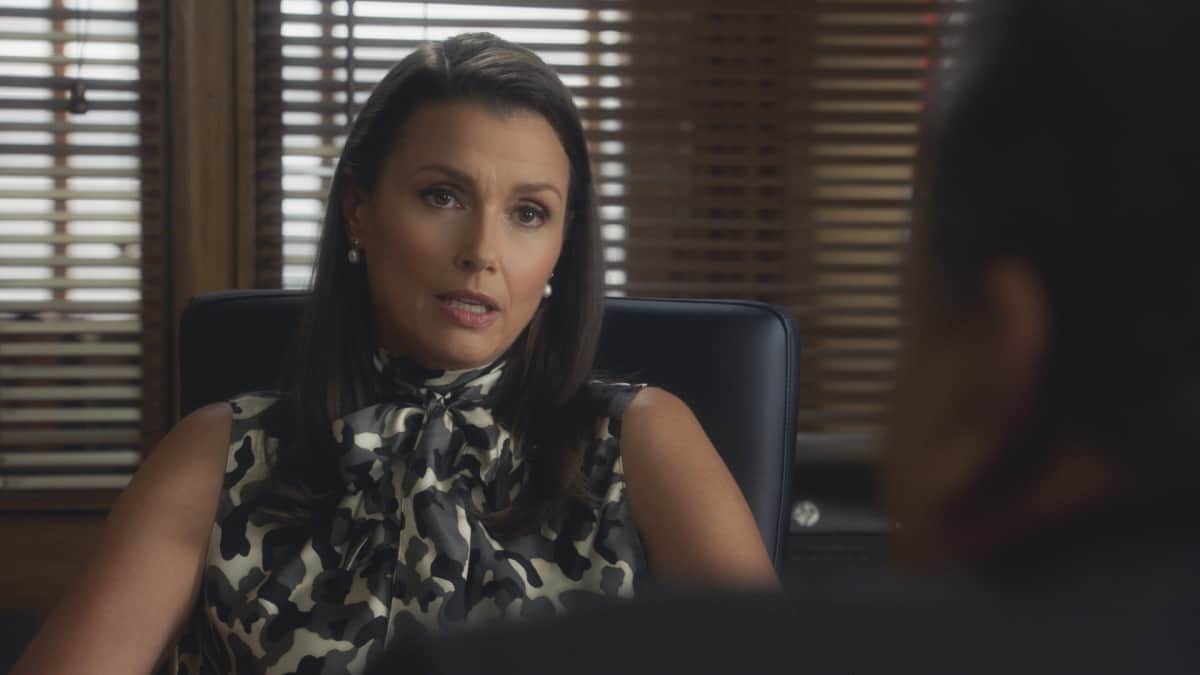 BLUE BLOODS Season 12 Episode 2 Photos Times Like These – Tension escalates between Frank and Mayor Chase (Dylan Walsh) after Frank makes a public arrest that goes viral. Also, Danny and Baez investigate a gang attack that takes an unexpected turn; Jamie worries when Eddie lies to him about where she’s going in the evenings; and Anthony secretly recruits the Reagans for help with a surprise for Erin, on the CBS Original series BLUE BLOODS, Friday, Oct. 8 (10:00-11:00 PM, ET/PT) on the CBS Television Network, and available to stream live and on demand on Paramount+. Dylan Walsh guest stars as Mayor Peter Chase. s12e02 12×02 12.02 s12e2