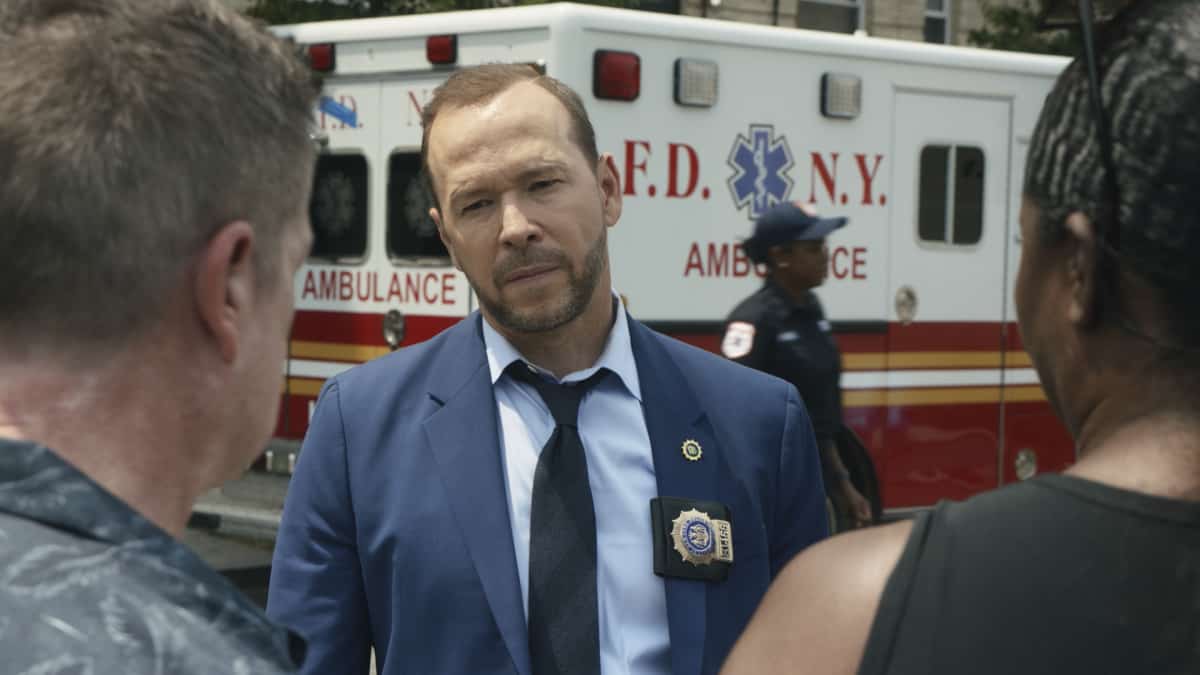 BLUE BLOODS Season 12 Episode 1 Photos Hate Is Hate – As Danny consults a psychic to solve the murder of a young boy, Frank is at odds with the mayor over how best to protect the city from an uptick in crime following a high-profile shooting. Also, Erin investigates a decades-old case in which the primary eyewitness to the killing is her boss, D.A. Kimberly Crawford (Roslyn Ruff), who was 13 years old at the time, on the 12th season premiere of BLUE BLOODS, Friday, Oct. 1 (10:00-11:00 PM, ET/PT) on the CBS Television Network, and available to stream live and on demand on Paramount+. Callie Thorne returns as psychic medium Maggie Gibson and Dylan Walsh guest stars as Mayor Peter Chase. s12e01 12×01 12.01 s12e1