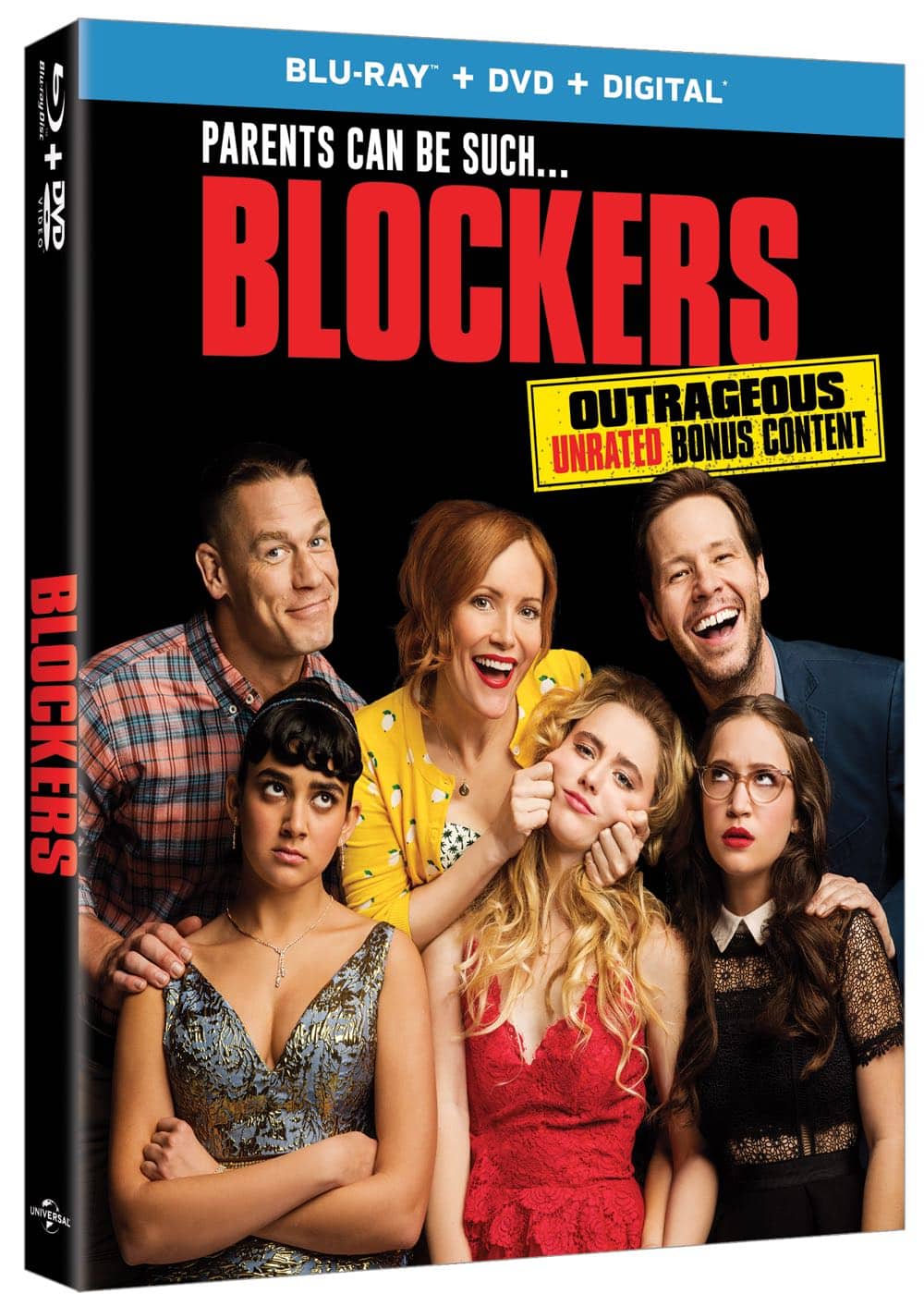 Seat42F and Universal Pictures Home Entertainment have teamed up to give THREE lucky winners a copy of BLOCKERS on Blu-ray. For a chance to win send an email to contest@seat42f.com and tell us why you would like to add BLOCKERS to your Blu-ray collection. Only one entry per person. Contest ends July 9th. Winners will be notified on July 10th via email.

Hysterical and over-the-top parental trio John Cena (Trainwreck, Sisters), Leslie Mann (The Other Woman, This Is 40) and Ike Barinholtz (Neighbors, Suicide Squad) will do anything to foil their daughters’ prom night sex pact in BLOCKERS, the uproarious hit coming to Digital and the all-new digital movie app MOVIES ANYWHERE on June 19, 2018, and Blu-ray™, DVD and On Demand on July 3, 2018 from Universal Pictures Home Entertainment. Hailed as the “perfect comedy for the current era” by Vanity Fair, BLOCKERS is a gender-swapped spin on the classic teen sex comedy, filled with outrageous antics from the parents as their daughters take control of their epic prom night. The Blu-ray™, DVD and Digital feature unrated bonus content with even more wild shenanigans including deleted scenes, gag reel, line-o-rama and more!