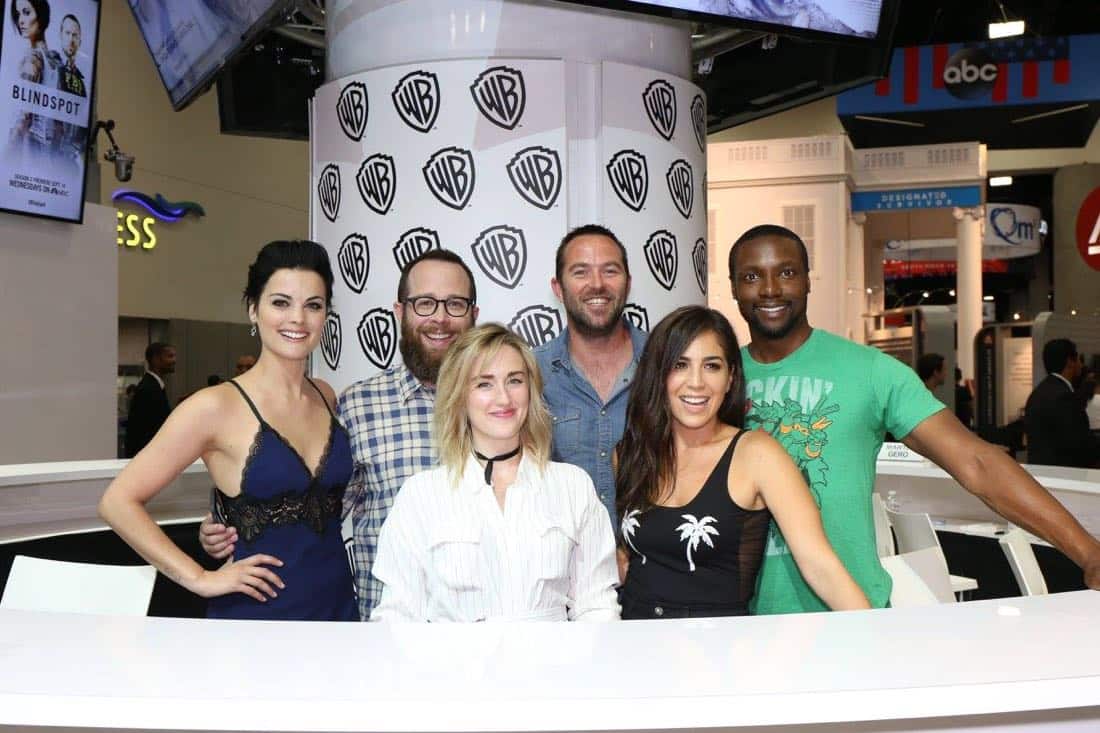 Following the shocking first season finale, join Blindspot as the # 1 new series on broadcast TV from the 2015–16 season returns to San Diego for its second appearance at Comic-Con! Sullivan Stapleton and Jaimie Alexander star in this one-hour action thriller from Berlanti Productions and Quinn’s House, Inc. in association with Warner Bros. Television. Stapleton stars as hardened FBI agent Kurt Weller, who is drawn into a complex conspiracy when a mysterious woman, with no memories of her past, is found in Times Square, her body completely covered in intricate cryptic tattoos. As Weller and his teammates at the FBI — Edgar Reade (Rob Brown), Tasha Zapata (Audrey Esparza) and the tech-savvy Patterson (Ashley Johnson) — begin to investigate the veritable road map of Jane Doe’s tattoos, they are drawn into a high-stakes underworld that twists and turns through a labyrinth of secrets and revelations — with the information exposing a larger conspiracy of crime, while bringing her closer to discovering the truth about her identity. Join us for a special video presentation followed by a Q&A with series stars Sullivan Stapleton, Jaimie Alexander, Rob Brown, Audrey Esparza, Ashley Johnson and writer/executive producer Martin Gero. Blindspot returns to NBC for its second season on September 14 at 10/9c, before moving to its regular time period of Wednesdays at 8/7c the following week. Blindspot: The Complete First Season will be released on DVD and Blu-ray™ on August 2. Become a fan of Blindspot on Facebook at https://www.facebook.com/NBCBlindspot and follow the show on Twitter @NBCBlindspot.