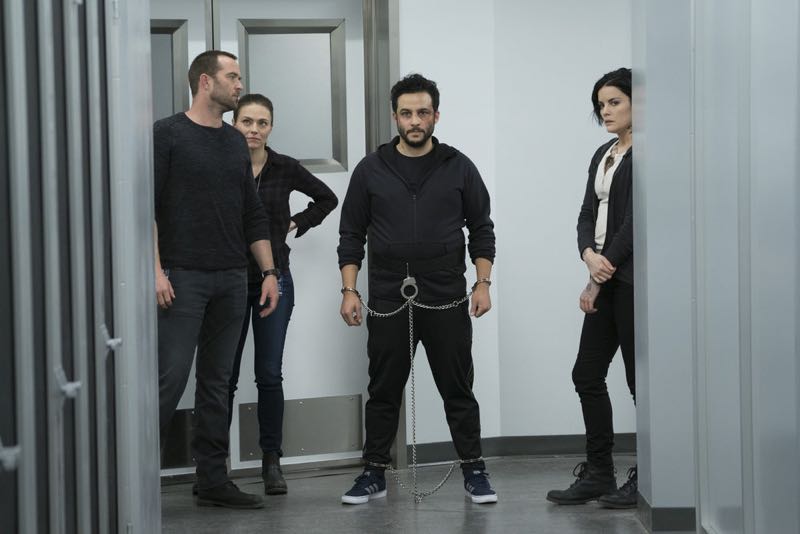 The tattoos on a beautiful and mysterious woman’s body are clues that lead to a larger criminal conspiracy in Blindspot, the intriguing, new hit drama set for release on DVD and Blu-ray™ August 2, 2016 from Warner Bros. Home Entertainment (WBHE). From creator Martin Gero (The L.A. Complex) and Berlanti Productions (Arrow, The Flash, Supergirl), Blindspot: The Complete First Season features 23 thrilling episodes plus loads of bonus material, including new featurettes, commentaries and deleted scenes from nearly every episode of the show’s first season. This title will be released in eye-catching 1080p high definition video and will feature DTS-HD master audio, for superior sound quality. Blindspot: The Complete First Season retails for $49.99 SRP for the standard DVD edition and $54.97 for the Blu-ray™ edition that includes an Ultra Vilolet Digital Copy.

Blindspot tells the story of a beautiful woman (Jaimie Alexander, Thor: The Dark World, Agents of S.H.I.E.L.D.), who is found naked in Times Square, with her body completely covered in cryptic, intricate tattoos. With no memories of her past, and clueless about her own identity this Jane Doe ignites the attention of the FBI, when it’s discovered that one of her mysterious tattoos bears the name of FBI agent Kurt Weller (Sullivan Stapleton, Strike Back, 300: Rise of an Empire). As Weller and his teammates at the FBI begin to investigate the mysterious map of Jane Doe’s strange tattoos, they are drawn into a high-stakes underworld that twists and turns through a labyrinth of secrets and revelations. The information they uncover, might ultimately change the world.

Produced by Berlanti Productions and Quinn’s House in association with Warner Bros. Television, Blindspot was created by Martin Gero (Bored to Death, L.A. Complex) who executive produces along with Greg Berlanti (The Flash, Arrow, Supergirl), Sarah Schechter (The Mysteries of Laura, The Flash), Mark Pellington (Cold Case) and Marcos Siega (The Following).  Blindspot premiered on NBC September 21, 2015 and quickly built a devoted viewer following.  The series ranked as the # 1 new fall show on broadcast TV, with total viewership averaging over 14 million viewers per week.* Blindspot was the first new show of the 2015-2016 season to be picked up for a full season and receive a renewal for season two.

Behind the Scenes Featurettes:

DIGITAL HD
The first season of Blindspot is also currently available to own on Digital HD. Digital HD allows consumers to instantly stream and download all episodes to watch anywhere and anytime on their favorite devices. Digital HD is available from various digital retailers including Amazon Video, CinemaNow, iTunes, PlayStation, Vudu, Xbox and others. A Digital HD copy is also included with the purchase of specially marked Blu-ray discs for redemption and cloud storage through participating UltraViolet retail services including CinemaNow, Vudu and Flixster Video.