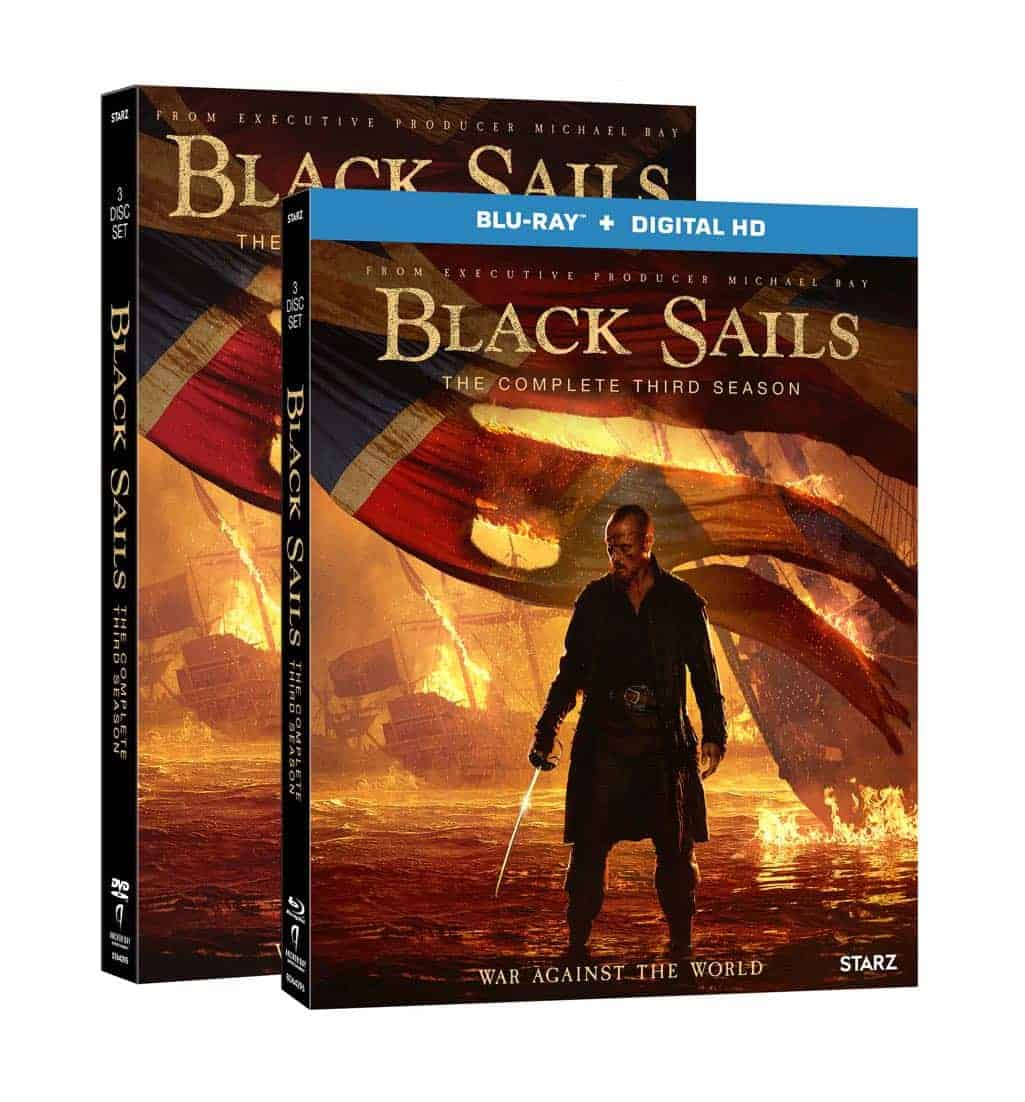 Seat42f and Anchor Bay Entertainment have teamed up to give TWO lucky winners a copy of BLACK SAILS Season 3 on Blu-ray. For a chance to win leave a comment below telling us why you want to add BLACK SAILS Season 3 to your Blu-ray collection. Only one entry per person. Contest ends November 22nd. Winners will be notified on November 23rd via email so make sure to use a valid email address when you post your comment.

Legendary pirates face off in the thrilling STARZ Original series “BLACK SAILS: THE COMPLETE THIRD SEASON” arriving on Blu-ray™ + Digital HD with Ultraviolet™ and DVD from Anchor Bay Entertainment on November 8, 2016. The notorious raider Blackbeard arrives on the scene in the third season of “Black Sails,” as Captain Flint, Charles Vane, John Silver, and Jack Rackham vie for control of Nassau. The Emmy® Award-winning series, executive produced by Michael Bay (the Transformers franchise, 13 Hours, Pearl Harbor), and his Platinum Dunes partners Brad Fuller and Andrew Form (Teenage Mutant Ninja Turtles, The Purge, and Ouija franchises) along with executive producers Jonathan E. Steinberg (“Human Target”), Chris Symes (Hellboy II), Robert Levine (“Touch”) and Dan Shotz (“Jericho”), explores the drama and adventure in the lives of some of the most famous fictional and historical pirates about twenty years prior to the events in Robert Louis Stevenson’s classic “Treasure Island.”

Season Three of “Black Sails” begins in the wake of the burning of Charles Town. All the New World lives in fear of Captain Flint. When his campaign of terror crosses over into madness, and new threats emerge to challenge his supremacy, it falls to John Silver to locate the man within the monster, before Flint’s war against the world consumes them all. Meanwhile, on the pirate island of Nassau, it’s a new day. With Eleanor Guthrie facing judgment in London, Jack Rackham sits atop a fortune in Spanish gold, hoping to secure his legacy as a king among thieves. To do so, he’ll have to compete with the return of one of history’s most notorious captains, who holds a different vision for their home, as well as a complicated past with Rackham’s chief ally, Captain Charles Vane. All will be tested when a new opponent arrives to claim Nassau, one the pirates could never have anticipated. It knows them. It understands them. And in the blink of an eye, it will do the one thing they never thought possible…turn them against each other.