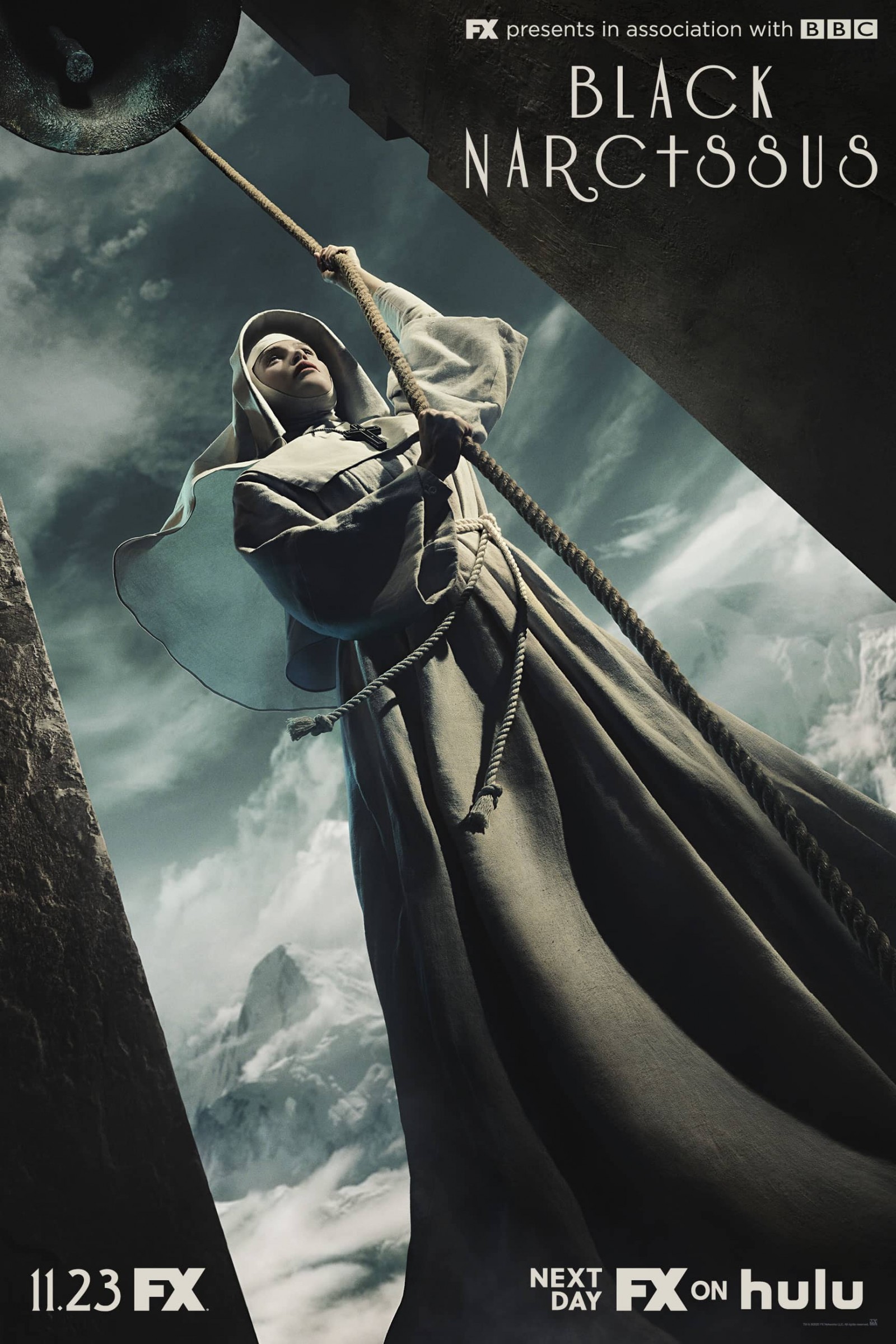 FX today announced the premiere date for Black Narcissus, a three-episode limited series from writer Amanda Coe and directed by Charlotte Bruus Christensen. Black Narcissus will premiere all three episodes on FX on Monday, November 23 beginning at 8 p.m. ET/PT, with the full series also available the following day on FX on Hulu.

Black Narcissus is produced by DNA TV in association with FX Productions for BBC One and the FX Networks. The series is executive produced by Coe along with Andrew Macdonald and Allon Reich of DNA TV, and Lucy Richer and Ayela Butt for the BBC. Macdonald and Reich most recently served as executive producers on the acclaimed FX on Hulu limited series Devs. Black Narcissus will air in the U.K. on BBC One in December.

Black Narcissus is based on the best-selling novel by Rumer Godden. Mopu, Himalayas, 1934. A remote clifftop palace once known as the ‘House of Women’ holds many dark secrets. When the young nuns of St. Faith attempt to establish a mission there, its haunting mysteries awaken forbidden desires that seem destined to repeat a terrible tragedy.

During the latter years of British rule in India, ambitious young nun Sister Clodagh heads a mission to a remote part of the Himalayas. The palace of Mopu has been donated by General Toda Rai, who hopes the Sisters of St. Faith will rid the ‘House of Women’ of unhappy memories connected to his late sister, Srimati. Although Clodagh ignores the warnings of the General’s raffish agent Mr. Dean, isolation and illness soon take their toll, with the haunting atmosphere of the palace particularly affecting volatile Sister Ruth. As past and present collide, the arrival of the young General Dilip Rai is the catalyst for an explosion of repressed desires that may end in a fatal confrontation.

FX is the flagship general entertainment basic cable channel of FX Networks. Launched in June of 1994, FX is carried in 85 million homes. The diverse schedule features a growing roster of critically-acclaimed and award-winning hit drama series including Snowfall, Pose, Mayans M.C., Taboo and the upcoming Redeemer; the critically-acclaimed limited series American Horror Story, Fargo, American Crime Story, FEUD, Fosse/Verdon and the upcoming Shōgun, and Great Expectations;acclaimed hit comedy series including Atlanta, Better Things, What We Do in the Shadows and Breeders; the half-hour series Mr Inbetween and the Untitled B.J. Novak Project; a slate of docuseries and documentary features, including The Most Dangerous Animal of All and AKA Jane Roe; and the FX Original Movie A Christmas Carol. FX is the former home of the critically-acclaimed and award-winning hit drama series The Shield, Nip/Tuck, Rescue Me, Damages, Sons of Anarchy, Justifiedand The Americans. The network’s library of acquired box-office hit movies is unmatched by any ad-supported television network.