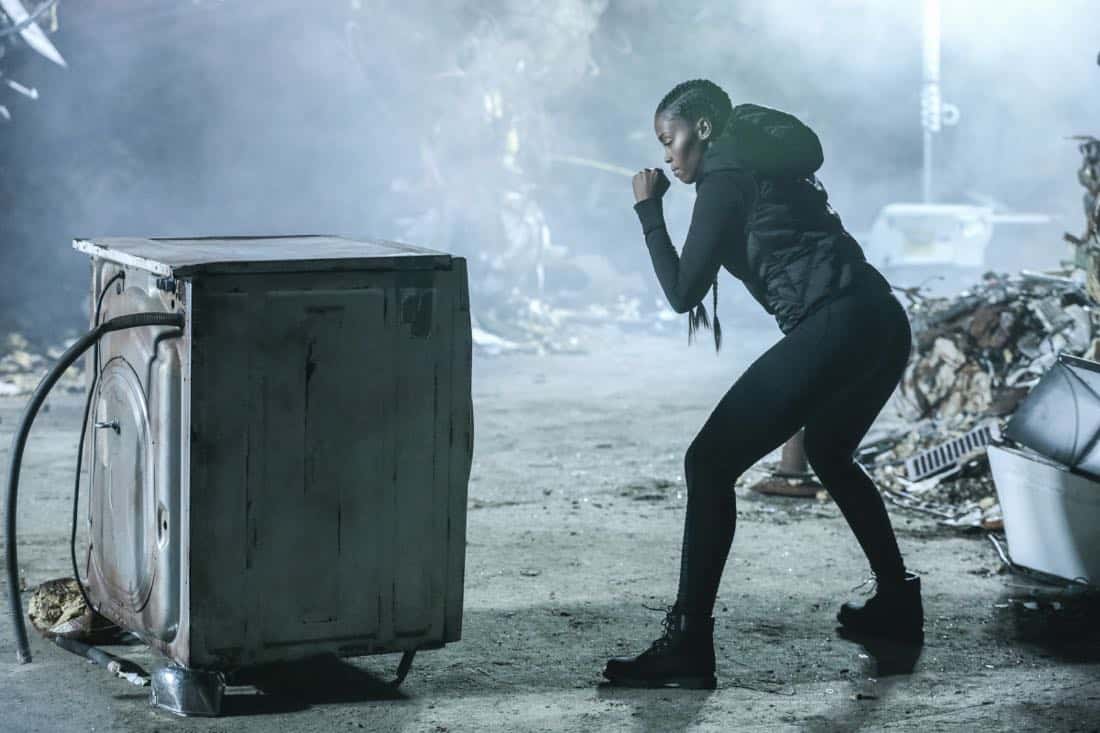 LaWanda: The Book of Burial (Ep# 103) HOLDING OUT HOPE — As Jefferson Pierce (Cress Williams) tries to determine if the community can survive without the help of Black Lightning (Cress Williams), Anissa (Nafessa Williams) starts to come into her own. Meanwhile, Jefferson and Lynn (Christine Adams) try and figure out their new dynamic. Finally, Jennifer (China Anne McClain) reveals to her parents that she has been grappling with something big. James Remar, Damon Gupton and Marvin Jones III also star. The episode was written by Jan Nash and directed by Mark Tonderai (#103). Original airdate 1/30/2018. BLACK LIGHTNING Season 1 Episode 3 Photos LaWanda: The Book of Burial