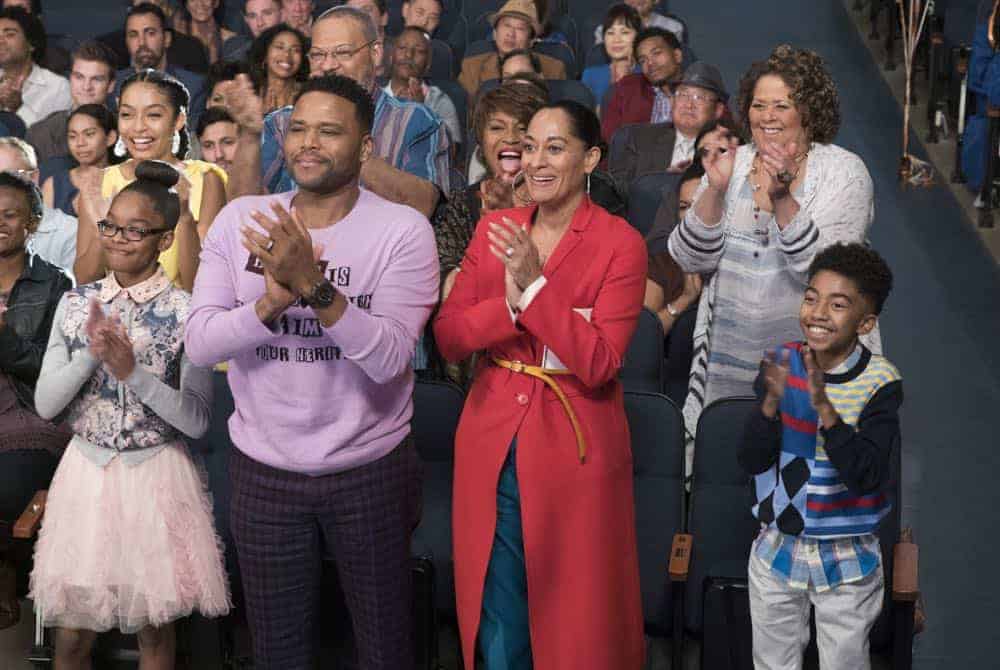 Black-ish “Collateral Damage” – The Johnson kids attempt to keep their emotions in check after an estranged Dre and Bow try “nesting,” taking turns living in the family house separately to give each other space. But tensions mount as the family gathers together for Junior’s high school graduation, on “black-ish,” TUESDAY, MAY 8 (9:00–9:30 p.m. EDT), on The ABC Television Network, streaming and on demand. BLACK-ISH Season 4 Episode 22 Photos Collateral Damage.

“Collateral Damage” was written by Owen Smith and directed by Gail Lerner.

ABC’s “black-ish” is broadcast in 720 Progressive (720P), ABC’s selected HDTV format, with 5.1-channel surround sound. A TV parental guideline will be assigned to this program at a later date.

MCMAFIA To Return To BBC One For A Second Series