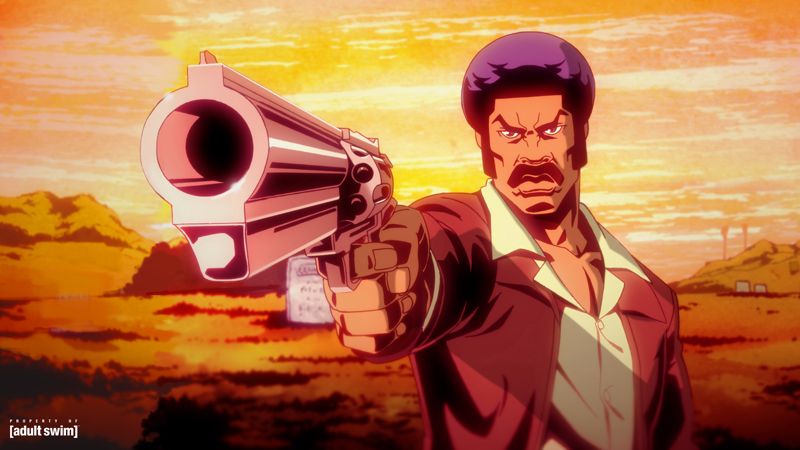 Adult Swim’s Saturday nights just got smoother with the return of the network’s hit animated series Black Dynamite. Get ready for a new dyno-mite second season as Black Dynamite and his entire crew are back for round two and it’s gonna be a wild ride.  Black Dynamite will premiere on Saturday, October 18th at 10:30 p.m. (ET/PT) on Adult Swim.

Based on 2009’s critically-acclaimed feature film, the Black Dynamite animated series further chronicles the exploits of the central character, Black Dynamite, and his crew.  Under the direction of executive producer Carl Jones (The Boondocks), the series features the voice talent of Michael Jai White (For Better or Worse, The Dark Knight, Why Did I Get Married?), Tommy Davidson (In Living Color, Bamboozled), Kym Whitley (The Cleveland Show, Brian McKnight Show), and Byron Minns (Mongo Wrestling Alliance), all of whom starred in the feature film.

Black Dynamite is a 1970s renaissance man with a kung-fu grip. A lover and a fighter who is not afraid to leap before he looks. His sidekick extraordinaire is Bullhorn, the brains and cunning that complements Black Dynamite’s hard-hittin’, bone-crushin’ style. Providing comic relief on the mean streets is Cream Corn and classing up the place is the gorgeous Honey Bee.