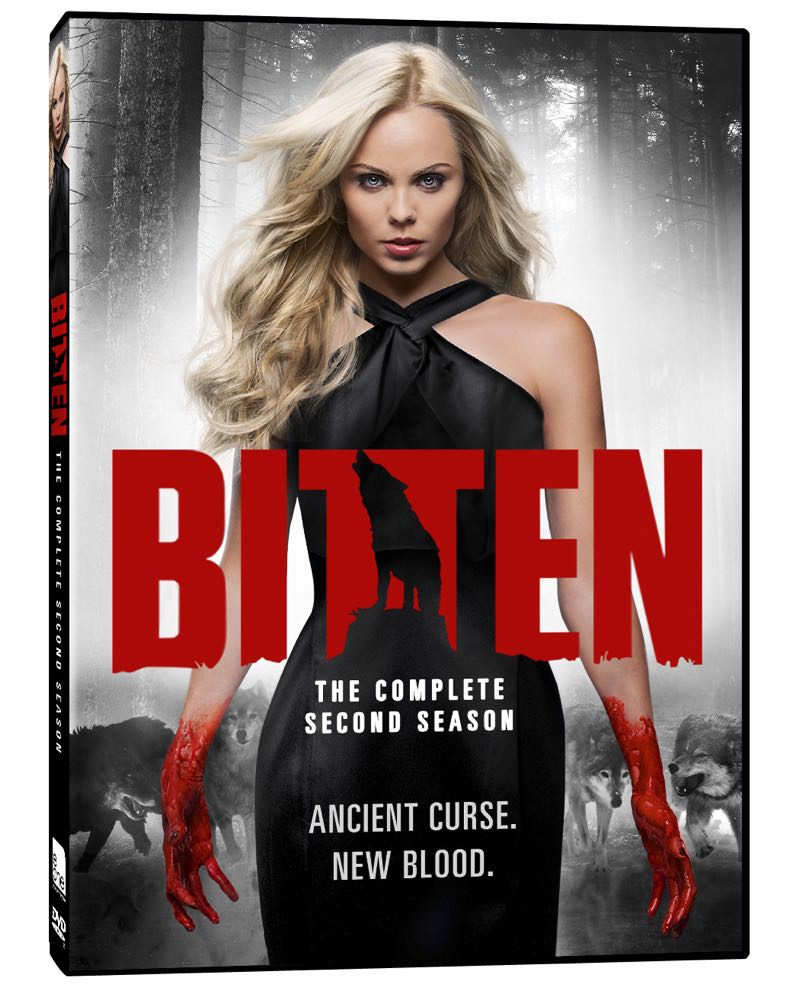 Seat42f and Entertainment One have teamed up to give THREE lucky winners a copy of BITTEN Season 2 on DVD. For a chance to win leave a comment below telling us why you want to add BITTEN Season 2 to your DVD collection. Only one entry per person. Contest ends July 21st. Winners will be notified on July 22nd via email so make sure to use a valid email address when you post your comment.

In 2014, Syfy introduced genre audiences to Elena Michaels (Laura Vandervoort, SMALLVILLE, Ted), the world’s only female werewolf, in BITTEN, a steamy, emotionally charged supernatural series based on the novels by New York Times best-selling author, Kelley Armstrong. Now, this July, Entertainment One conjures up BITTEN: THE COMPLETE SECOND SEASON in a loaded 3-disc DVD set, featuring all ten thrilling, unedited episodes, along with a collection of howlingly good bonus features.