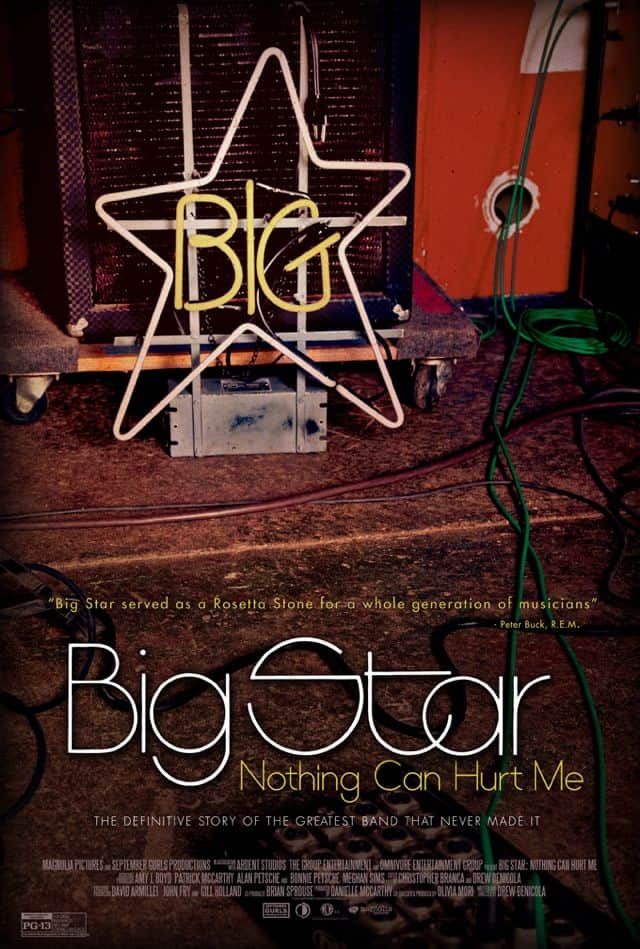 BIG STAR NOTHING CAN HURT ME Poster : BIG STAR: NOTHING CAN HURT ME is a feature-length documentary about legendary Memphis band Big Star. While mainstream success eluded them, Big Star’s three albums have become critically lauded touchstones of the rock music canon. A seminal band in the history of alternative music, Big Star has been cited as an influence by artists including REM, The Replacements, Belle & Sebastian, Elliot Smith and Flaming Lips, to name just a few. With never-before-seen footage and photos of the band, in-depth interviews and a rousing musical tribute by the bands they inspired, BIG STAR: NOTHING CAN HURT ME is a story of artistic and musical salvation.