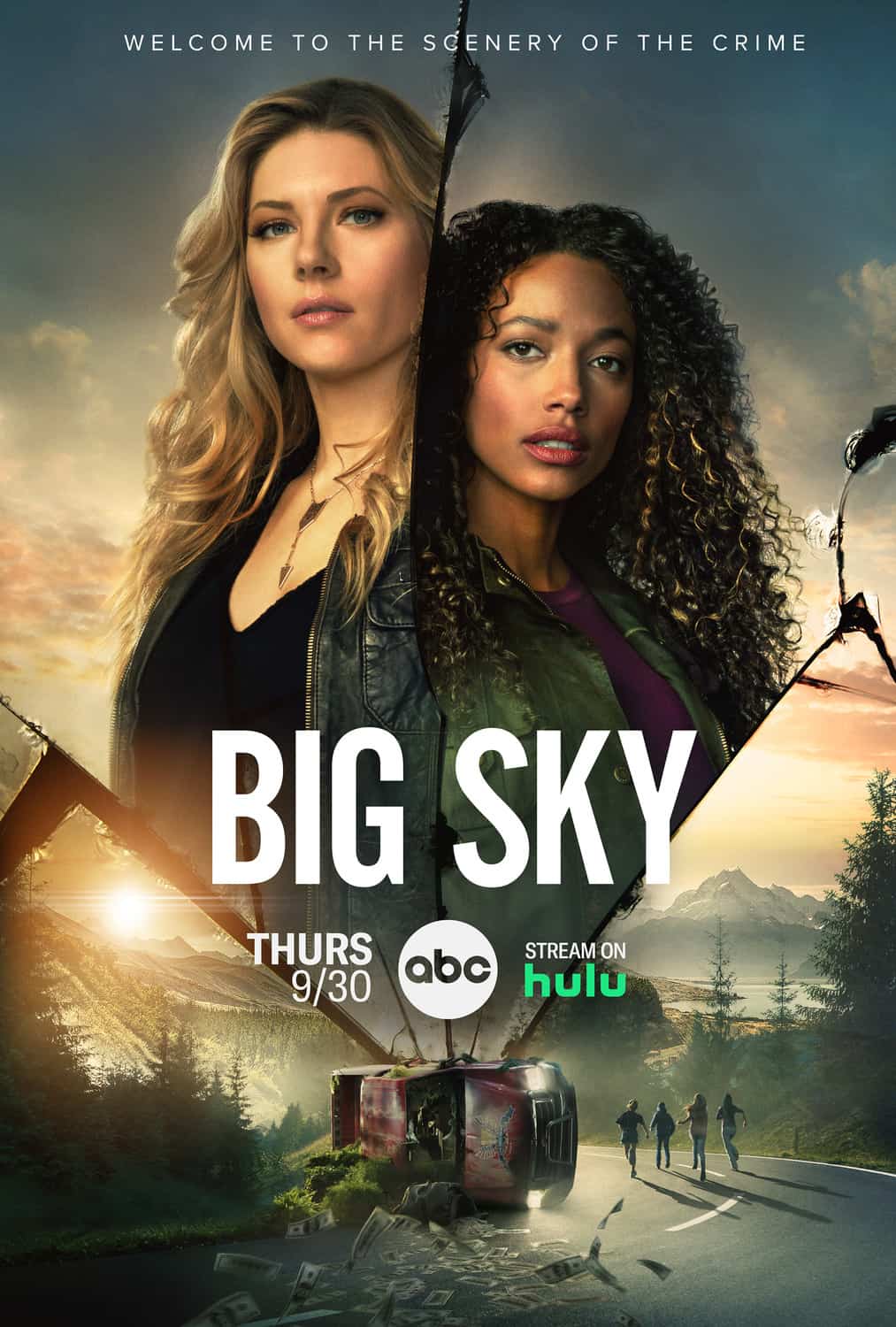 In true “Big Sky” fashion, last fall’s No. 1 new series returned to ABC’s Summer TCA Virtual Press Conferences with a surprise when fan favorite John Carroll Lynch joined the panel to announce he would be returning for season two. Details on his return are under wraps, but stars Katheryn Winnick, Kylie Bunbury, new series regulars Janina Gavankar (“Sleepy Hollow,” “The Mysteries of Laura”) and Logan Marshall-Green (“How It Ends,” “Spiderman: Homecoming”), and showrunner Elwood Reid were there to preview plenty of what’s to come when the delightfully dark drama returns. Season two of “Big Sky” premieres THURSDAY, SEPT. 30 (10:01-11:00 p.m. EDT), on ABC.

More About “Big Sky” Season Two:
When private detectives Cassie Dewell and Jenny Hoyt reunite to investigate a car wreck outside of Helena, Montana, they soon discover that the case may not be as straightforward as it seems. As they unravel the mystery of the accident, their worlds will collide with a band of unsuspecting teens, a flirtatious face from Jenny’s past, and a vicious outsider hellbent on finding answers. Based on the series of books by C.J. Box and starring Kylie Bunbury and Katheryn Winnick, “Big Sky” airs THURSDAYS (10:01-11:00 p.m. EDT) on ABC.