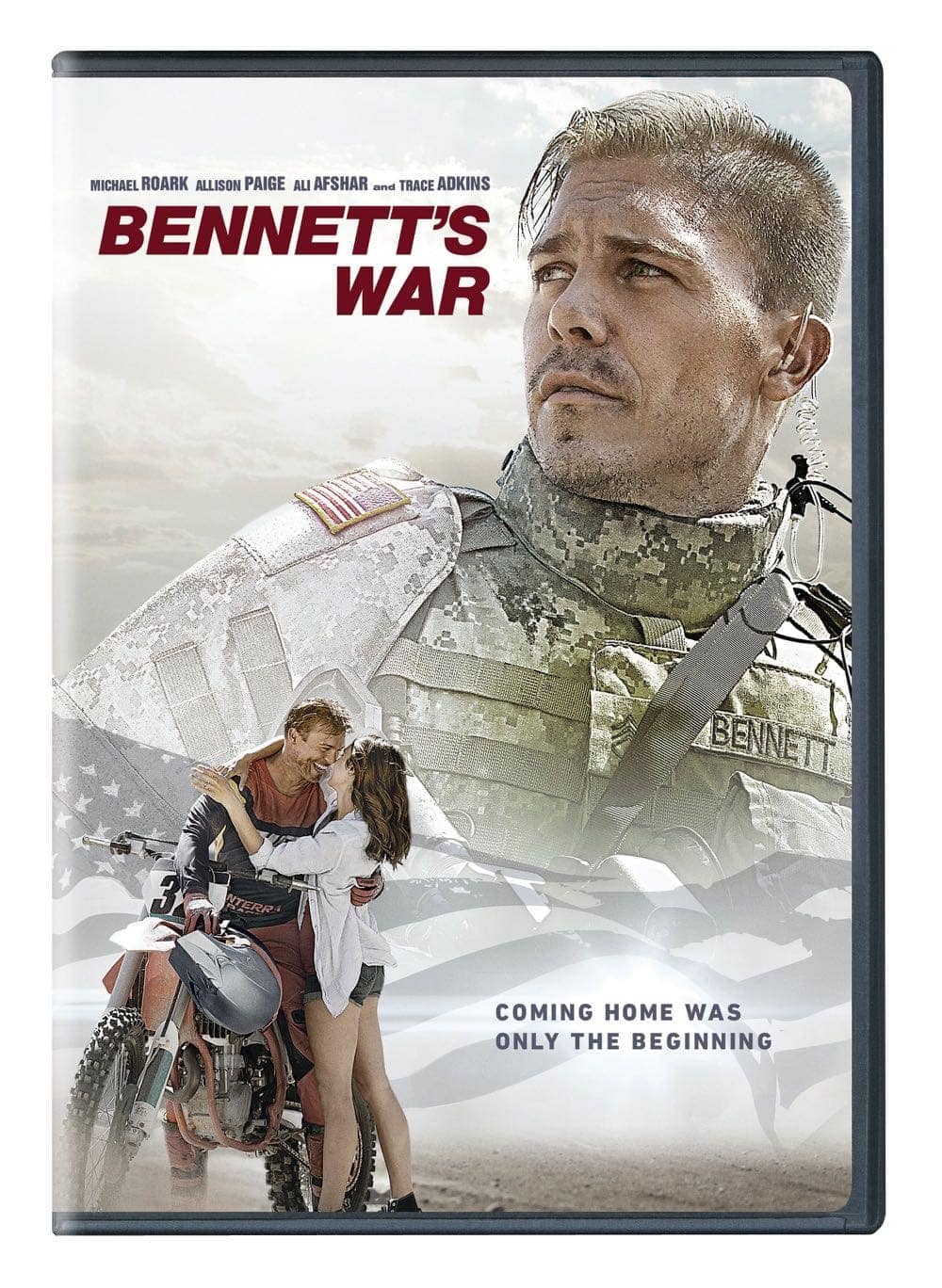 “Bennett’s War” is a Forrest Films and ESX Entertainment co-production with Forrest Lucas serving as executive producer. The film is produced by Afshar and Christina Moore, and   directed and written by Ranarivelo (“The Ride,” “Dirt,” “American Wrestler: The Wizard”).

The DVD of “Bennett’s War” will be available for purchase on December 3 and will feature the feature film in standard definition.

Fans can also own “Bennett’s War” via purchase from digital retailers beginning November 12.

After surviving an IED explosion in combat overseas, Marshall Bennett (Michael Roark), a young soldier in the Army Motorcycle Unit, is medically discharged and told that one more accident could mean he may never walk again. When he gets home to the family farm and his young wife (Allison Paige) and son, he discovers that his dad (Trace Adkins), is behind on the mortgage and may lose the farm. Against all odds, Bennett pledges to help his family by the only means he knows how…to get back on his bike and do what he does best.

Rating: Rated PG-13 for some language and brief violence