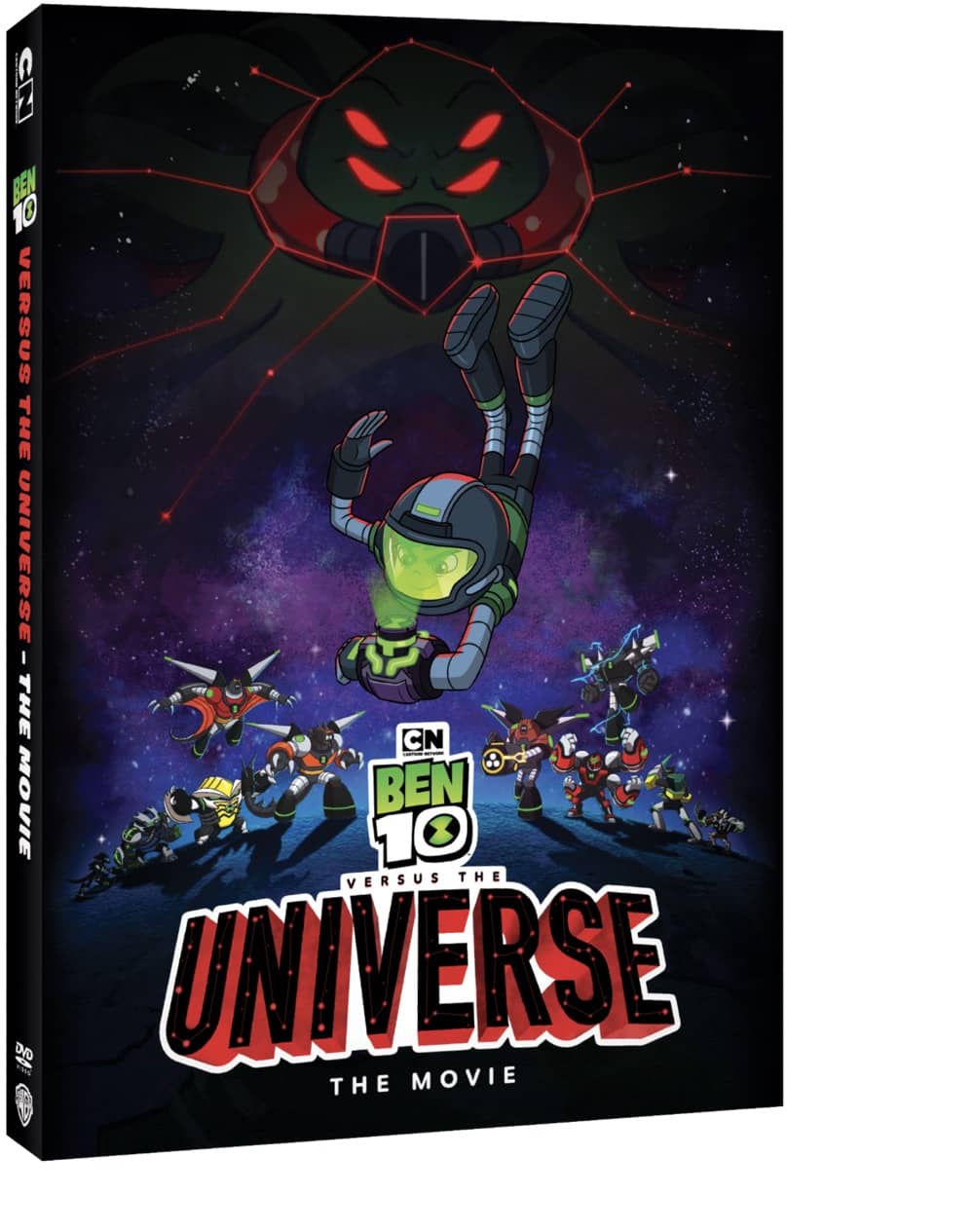 Ben Tennyson is back on the alien-fighting scene, and expanding to take on the universe as Warner Bros. Home Entertainment releases Ben 10 vs. The Universe: The Movie globally on Digital October 11 and on DVD October 27, 2020. Follow the alien-transforming kid hero with all-new powers and settings on this intergalactic adventure, filled with action-packed bonus content including Animatics, exclusive to the DVD. Ben 10 vs. The Universe: The Movie carries a suggested retail price of $14.99 for Digital, $19.99 for the DVD ($24.99 in Canada), and is rated TV-Y7.

The action-packed movie, which will air globally first on Cartoon Network, will focus around a blast from Ben’s past returning to do double the damage on Team Tennyson and planet Earth itself, forcing Ben to go interstellar to save the day. Meanwhile, Gwen and Grandpa Max team up to help protect the world in Ben’s absence. But when our boy hero is confused for the villain in space, Ben must figure out a way to get back to Earth to help save it!

“After 15 successful years, the Ben 10 franchise continues to thrive around the world,” said Mary Ellen Thomas, WBHE Senior Vice President, Originals, Animation & Family Marketing. “From its Emmy Award-winning series to its robust toy line from Bandai, merchandise in all forms have all combined to generate more than $4.5 billion in global retail sales to date. We know that fans and newcomers alike will want to own this latest installment in the franchise’s home entertainment catalog to add to their Ben 10 collections.”

DIGITAL
Ben 10 vs. The Universe: The Movie will be available to own on October 11, 2020. Digital allows consumers to instantly stream and download to watch anywhere and anytime on their favorite devices. Digital is available from various retailers including iTunes, Amazon Video, Google Play, Vudu, PlayStation, Xbox and others.

Warner Bros. GKYAC’s content is currently distributed in 192 countries around the world and the division’s networks are in 500 million homes, delivered through more than 65 channels in 31 languages.
About Cartoon Network

Cartoon Network is a division of WarnerMedia and the #1 global animated series network, offering the best in original content for kids and families with such hits as Ben 10, Craig of the Creek, Steven Universe, The Amazing World of Gumball, The Powerpuff Girls, and We Bare Bears. Seen in 187 countries, over 450 million homes and in 33 languages, Cartoon Network inspires the next generation of creators and innovators by engaging its audience at the intersection of creativity and technology. Its award-winning pro-social initiatives, Stop Bullying: Speak Up and CN Buddy Network are acknowledged and often used resources for kids and adults looking for tools that can assist in dealing with the ongoing issue of bullying.