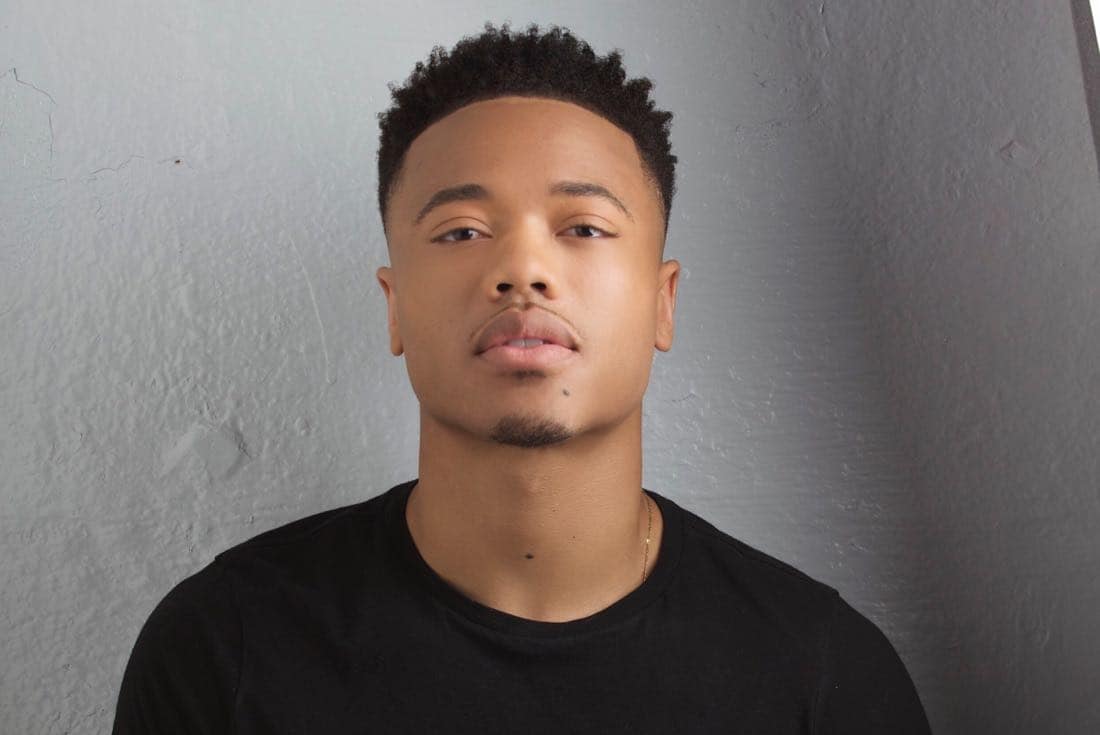 As BEING MARY JANE returns for the second half of Season 4, the show ups the ante for the characters as they make pivotal decisions. For Julian Walker, he is ecstatic that his character Ty gets to be a part of it. With natural energy and exuberance radiating from him, Julian makes his scenes shine. In an exclusive interview, Julian talks about how amazing it is working on BEING MARY JANE as it gives him the opportunity to show off his strengths as an actor.

What initially appealed to you about the role of Ty Nicholson and working on BET’s BEING MARY JANE?
JULIAN: The cast!! I was so excited to work with so many amazing actors — like Margaret Avery, Gabrielle Union, Richard Roundhouse, Lisa Vidal and many more! The thought of joining a show that speaks to many strong actors around the world was mind-blowing.

How would you describe who Ty is and his arc in this season of the show?
JULIAN: Tyrone “Ty” Nicholason, is a fun always in the know hairstylist to Mary Jane Paul. In the first half of the season, he’s introduced to MJ as a favor. This season we actually see Ty as a person. We get to see his friendships, heartbreak and growth. I’m so excited for everyone to see him!

What do you most admire and/or like about him?
JULIAN: I admire his strength. In the beginning we see him broken but throughout the season he learns to pick the pieces of his life up and start over. He recognizes the lows, mourns them and then moves on. He’s very relatable.

What is it like working alongside such a talented ensemble on BEING MARY JANE?
JULIAN: Everyone is awesome! I remember my first day on set, I was so nervous. SO nervous, not to mention my first scene was with Gabrielle. She was so helpful each & everyday. She inspired me so much to work harder and get it right the first time.

Any favorite scenes that you got to work on this season?
JULIAN: Yes! Lol. The party scene….It was my absolute favorite. The audience will see a different side of Ty as well.

Then what is your favorite part about working on the show?
JULIAN: Laughing and joking around with the cast and crew. No one take themselves too seriously so its nice to see the balance of being “on” and in character as compared to just being silly; taking group selfies and singing in between takes. Never a dull moment.

What has been the one thing you as an actor haven taken away from working on BEING MARY JANE?
JULIAN: One thing I’ve taken away is: you got it! Understand the nervous feelings you have and use them. Accept the fact that it starts with nerves. Everybody gets them. In fact, if I’m not nervous, something is wrong. I’ve learned to trick my mind to think I’m excited and not nervous. That really works. Also, learning to accept that I deserve to be there. Even though I’m in a room full of people we all dream to work with, I’m there because I was chosen.

What do you hope viewers to take away from watching this season go BEING MARY JANE?
JULIAN: I hope viewers take away that it’s okay to be uncertain about life or what’s next! Ty is unsure about so many things, but he doesn’t let any of that dictate his next move. In fact, he smiles through the pressure and manages to stay calm, believing everything always works out as it should.

What is the biggest challenge working on BEING MARY JANE so far?
JULIAN: There was a day on set that called for my character to break down because of complications, you’ll find out as you watch the show. I thought I was prepared but I began to second guess myself. Luckily the director and Gabrielle were there to guide me through it. That’s definitely a day I’ll never forget!

What is the biggest surprise working on BEING MARY JANE?
JULIAN: My biggest surprise was how welcoming everyone was, cast and crew! Joining a cast in its fourth season isn’t easy so I was worried. It felt like the first day at a new school. You’re walking around not sure what to do or who to talk to, but everyone was beyond welcoming and helpful!

You also worked on Bounce’s SAINTS AND SINNERS. What did you enjoy the most about working on that show?
JULIAN: Working on the first season of SAINTS AND SINNERS was exciting! I believe everyone had the same energy about the shows’ potential. So many amazing individuals attached to that project! I’m so thankful I had the opportunity to be apart it.

What has surprised you most about your career to date?
JULIAN: I’d say my growth as a person in general as compared to the young man I was when we filmed BLACKBIRD. Understanding how things work within the industry and patience! I’m excited to look back five years from now and see even more growth.

Then what are the perks of where you are in your career right now?
JULIAN: I’m really happy to share my personal experiences with others who are on the same journey as I. A profession such as acting or any performer, is difficult at times. There a moments you never know what’s next or what to do. I’m glad I can take my personal experiences and share them with others.

Has there been any great advice you have gotten? What advice would you offer to other upcoming and aspiring actors?
JULIAN: Have fun! Use those emotions in positive ways to bring the character to life. I’d definitely tell other performers to listen while acting. Be natural and not over think. A big lesson I’ve learned is: listen to your partner on set, watch their facial expressions and use that as a match to light your fire. Give the other actor something to use. Also, in the beginning stages, it can seem very rough auditioning a lot and never booking anything can really upset your mindset. So please be strong and remember whats for you is always for you. Dreams do come true!

Do you have any other upcoming projects that you can share that fans should keep an eye out for?
JULIAN: None that I can share right now but luckily, I’m always auditioning and sharpening my craft with classes, so I’m always busy.