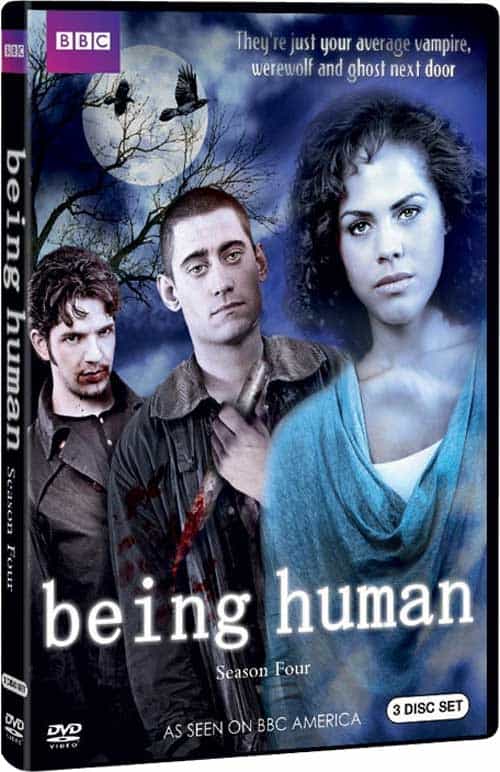 Seat42f and BBC Home Entertainment have teamed up to give THREE lucky winners a copy of BEING HUMAN Season 4 on DVD. For a chance to win leave a comment below telling us why you want to add BEING HUMAN Season 4 to your DVD collection. Only one entry per person. Contest ends January 22nd. Winners will be notified on January 23rd via email so make sure to use a valid email address when you post your comment.

The original BBC version of Being Human is back for an all-new season with new cast members, shocking plot-twists, guest appearances and an altogether new type of supernatural creature. In an old hotel in a sleepy seaside town, there lives a vampire, a werewolf and a ghost determined to live a quiet human life. Yet despite their efforts to be left in peace, there are vampires determined to rid the world of humanity and The Old Ones are on their way. Annie and her two new housemates – Tom and Hal – find themselves in the middle of the struggle. But on top of all that, there’s also a wicked ghost on the loose, someone’s trying to expose the existence of werewolves, and there are diapers that need changing as well. Being human has never been tougher. Bonus features include a behind-the-scenes featurette, interviews with the cast and crew, deleted scenes, and more.