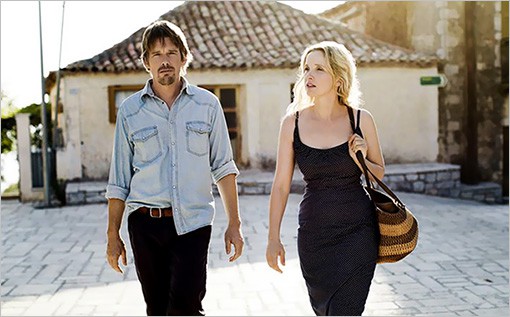 BEFORE MIDNIGHT Trailer : Jesse and Celine first met on a Eurail train and experienced 14 hours of deep connection as they explored Vienna. Nine years later, Celine found Jesse at a Paris book store, the last stop on his book tour. They had one day together before he was meant to fly out that night. Now, we meet up with the two off-and-on lovers nine years later, in Greece.