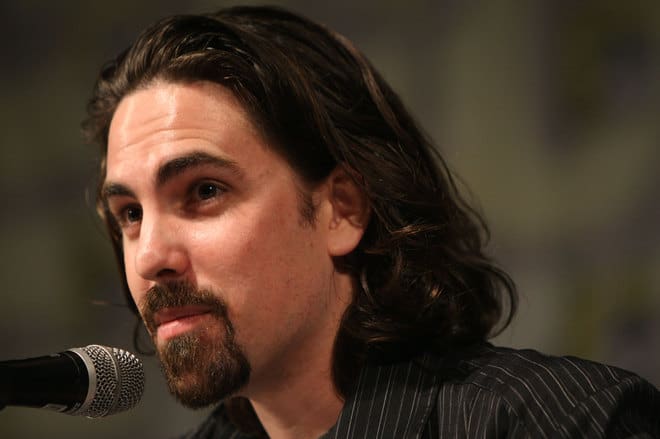 Starz Entertainment and BBC Worldwide Productions announced today that groundbreaking composer Bear McCreary (“The Walking Dead,” “Battlestar Galactica”) will serve as the musical composer for the upcoming historical fantasy “Da Vinci’s Demons,” which will premiere on STARZ in the U.S. and will be distributed by BBC Worldwide in international territories in Spring 2013.  The eight-episode series, written by David S. Goyer (Batman Begins, The Dark Knight, Man of Steel) who also directed the first two episodes, follows the ‘untold’ story of the world’s greatest genius, Leonardo da Vinci, during his turbulent youth in Renaissance Florence.

Goyer commented, “I’ve been a fan of Bear’s since hearing his score for ‘Battlestar Galactica,’ which was inspired and unexpected.  We wanted something similarly grand, but unconventional for ‘Da Vinci’s Demons’.”

Emmy® Award nominated, McCreary is one of the leading musical composers in television and has worked on some of the most successful shows in the medium.  At the age of 24, he received widespread acclaim for his groundbreaking score to SyFy’s hit series “Battlestar Galactica,” for which he composed, “the most innovative music on TV today,” according to Variety.  He was declared as one of the “Ten Best Science Fiction Composers of All Time,” by io9.com, listing him alongside legends John Williams, Jerry Goldsmith and Bernard Herrmann.

McCreary’s recent credits include AMC’s smash hit, “The Walking Dead,” on which he collaborated with writer / director Frank Darabont (The Shawshank Redemption) and producer Gale Anne Hurd (The Terminator).   His score for the FOX series “Human Target” featured the largest orchestra ever assembled in the history of series television and earned him his first Emmy® nomination.  McCreary’s many other credits include: “Terminator: The Sarah Connor Chronicles,” “Eureka,” “Caprica,” “Trauma” and “The Cape.” His feature film work includes the upcoming Knights of Badassdom (starring Peter Dinklage and Summer Glau) and his videogame credits include Sony’s successful SOCOM 4: U.S. NAVY SEALs. With degrees in composition and recording arts from the prestigious Thornton School of Music at the University of Southern California, McCreary’s professional training came from film music legend Elmer Bernstein (The Magnificent Seven, The Ten Commandments).  He has also conducted orchestral performances of his music in North America and Europe and has been invited to conduct at film music festivals such as Fimucité in Tenerife and the International Film Music Festival in Úbeda, Spain.

“Da Vinci’s Demons” will star Tom Riley, who has received wide critical acclaim in the UK for his performances in theater, film and on television and was nominated by the Drama Desk Awards for his performance in the 2011 Tony® Award nominated Broadway play, “Arcadia.”  Riley’s co-stars include Laura Haddock (The Inbetweeners Movie, “Honest,” Captain America: The First Avenger) who plays the celebrated beauty with obscure motives, Lucrezia Donati; Elliot Cowan (“Marchlands,” “The Fixer,” “Lost in Austen”) who plays the shrewd de factor ruler of Florence, Lorenzo Medici; and Lara Pulver (“True Blood,” “Sherlock,” “Robin Hood”), who plays his wife Clarice Orsini.  David S. Goyer, co-writer of blockbuster and critically-acclaimed films Batman Begins and The Dark Knight, and writer of the upcoming Man of Steel, is showrunner.  Julie Gardner is Executive Producer, along with BBC Worldwide Productions’ Head Jane Tranter.  The series is currently in production in Wales.