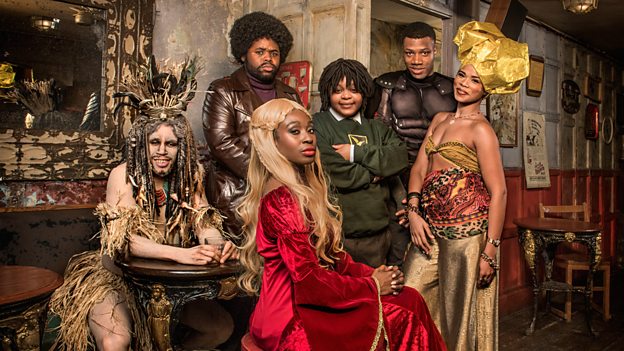 Along the way we’ll also learn some newly-unearthed Black British History with garage MC Scribbler P, get a sneak peak of the latest Nollywood blockbusters, and at last see some much-needed cultural diversity injected into Midsomer Murders.

Famalam will premiere on BBC Three in early April before coming to BBC Two later that month.

Shane Allen, Controller, Comedy Commissioning, says: “This exciting ensemble of comedy talent delivers their fresh and funny take on the multi-cultural Britain of today. Although sketch shows will forever be reviewed as ‘hit and miss’, they are a vital and crucial way to bring through the next wave of comedy stars and in Famalam we’ve got a supremely funny troupe.”

Akemnji Ndifornyen, Producer, BBC Studios, says: “I can’t wait to unleash this amazing show on you all! Credit to our cast, crew and brilliant director, Mr Tom Marshall. Get your knives and forks ready for a comedy feast, Famalam.”

It is a BBC Studios production for BBC Three.