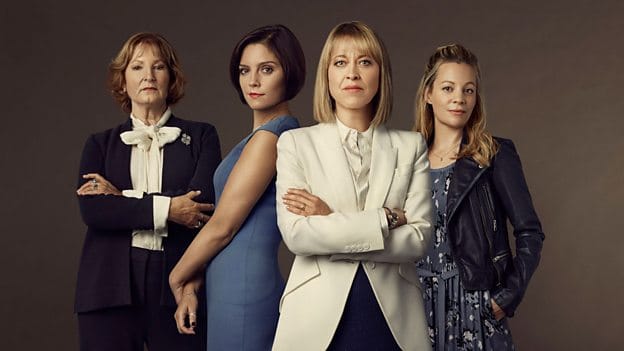 Abi Morgan’s original drama The Split, produced by Sister Pictures, will return to BBC One for a second series.

Episode one, which launched to 6 million (consolidated), has secured 2.2 million requests on BBC iPlayer in the 30 days following its launch.

Series one, set in the fast-paced world of London’s divorce law circuit, followed the Defoe family, exploring modern marriage and the legacy of divorce through their lens. The series finale took viewers on an emotional rollercoaster, with the joy of Rose (Fiona Button) and James’ (Rudi Dharmalingam) wedding turning to devastation at the loss of their estranged father Oscar (Anthony Head), and Hannah (Nicola Walker) torn between her marriage to Nathan (Stephen Mangan) and her feelings for Christie (Barry Atsma).

On the show’s return Abi Morgan says: “It’s a delight and a privilege to bring The Split back for series two and to submerge myself once more into the world of Noble, Hale and Defoe and the lives of Hannah and her sisters. Thank you to the BBC and the enthusiasm of viewers and we look forward to seeing you in 2019.”

Jane Featherstone, Executive Producer for Sister Pictures, says: I’ve been very proud to see Nicola Walker leading our incredible cast through six episodes of Abi Morgan’s beautifully crafted exploration of families and modern marriage, and I am thrilled that we’re going to be able to continue to explore their lives in even more detail in a second series. Expect things to get even messier for the Defoe sisters and those closest to them.”

Piers Wenger, Controller of BBC Drama says: “In its first outing Abi and the team at Sister Pictures crafted a series which felt bold, modern and original and quite unlike anything else on our screens. We are delighted that it is returning to BBC One for a second series.”