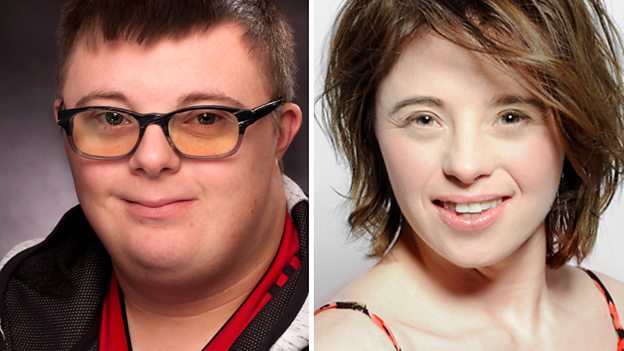 BBC One has commissioned a new series, RALPH AND KATIE,  focusing on Ralph (Leon Harrop) and Katie (Sarah Gordy), the well-loved characters from The A Word.

Co-produced by ITV Studios and Keshet Productions in association with Tiger Aspect, Ralph And Katie (6×30’) will be written by Peter Bowker alongside new and emerging disabled writers to tell the continuing story of Ralph (Leon Harrop) and Katie (Sarah Gordy), an inspirational and loving young couple who are embarking on the biggest adventure of their lives. Ralph and Katie have just had the wedding of the year… so what happens next? Ralph And Katie tracks their first year of married life, with each 30 minute episode featuring a different story focusing on the domestic challenges faced by the newlyweds – challenges faced by all newlyweds, but with the added fact that they have Down’s Syndrome.

Peter Bowker says: “Ralph And Katie is a natural step forwards from the ongoing ambition of The A Word to increase representation and diversity both on and off screen. Equally exciting is the opportunity to work again with two young actors as talented as Leon and Sarah. It is a tribute to their performances in The A Word that the BBC have commissioned this series.”

Sarah Gordy says: “It is great to be able to take the character of Katie forward after her exciting journey in series three of The A Word. The wedding and the dress was a dream come true for Katie. I am so looking forward to seeing what comes next in Ralph and Katie’s married life.”

Piers Wenger, Controller of BBC Drama, says: “After three series of The A Word, we are so excited to see Sarah and Leon lead their own show and by the team of talented writers that Pete and his team are assembling to bring this new chapter in Ralph and Katie’s relationship to life.”

Carol Boys, Chief Executive, Down’s Syndrome Association, says: “We’re so pleased that Ralph and Katie’s story will be continuing, and that Leon and Sarah, two marvellous actors, are getting this well-deserved opportunity to play the central characters in a BBC drama.”

The A Word is a Fifty Fathoms/Tiger Aspect and Keshet Productions co-production for BBC One. The ground-breaking family drama is based on Yellow Peppers, an Israeli series written and created by Keren Margalit for Keshet Broadcasting. The A Word is distributed internationally by Keshet International, which will also represent Ralph And Katie on the international market.