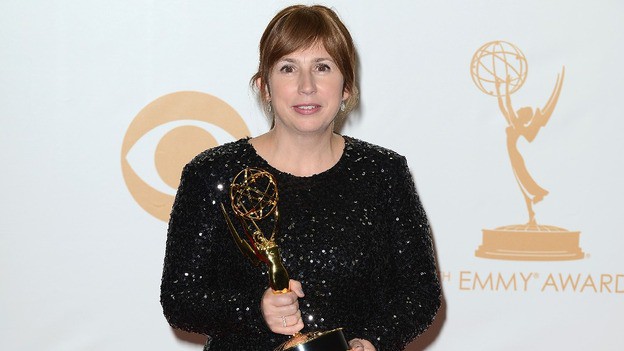 John River is a brilliant police officer whose genius and fault-line is the fragility of his mind – a man haunted by the murder victims whose cases he must lay to rest. A man who must walk a professional tightrope between a pathology so extreme he risks permanent dismissal, and a healthy state of mind that would cure him of his gift.

Following her recent Emmy-award win for best ‘Writing, Miniseries or Movie’ for BBC Two’s The Hour, Abi Morgan says of her new series:

“River is a fractured mind navigating a brutal world. And he does it wearing a police badge. I can’t think of a better home for it than the BBC. The chance to tell big stories in a bold way on a channel that embraces so many writers, directors and actors I admire and respect is a huge treat.”

Charlotte Moore, Controller of BBC One, says: “RIVER is full of intriguing twists and turns and I was truly gripped when the script came in. Abi’s one of Britain’s most distinctive and original storytellers and her ability to push the boundaries of the genre in surprising ways makes RIVER her perfect debut on BBC One.”

Ben Stephenson, Controller of BBC Drama Commissioning, adds: “It was amazing to see Abi winning the Emmy in LA on Sunday night – it shows what a world-class talent she is. I am delighted that she will now be turning her attention to her first series for BBC One. It’s a corker with all Abi’s unique qualities – smart, moving, warm and full of huge surprises.”

Jane Featherstone, Chief Executive of Kudos, adds: “In RIVER, the utterly brilliant Abi Morgan has created a fascinating and gifted lead character, whose story will move and surprise the audience, and I’m chuffed to bits to be collaborating with her once again and to be producing the series for BBC One where we know it will find a great home.”

RIVER was commissioned by Charlotte Moore, Controller of BBC One, and Ben Stephenson, Controller of BBC Drama Commissioning. The executive producers are Jane Featherstone, Manda Levin and Abi Morgan for Kudos Film and Television and Lucy Richer for the BBC.

The 6×60-minute series is made by Kudos (The Hour, From There To Here, Broadchurch) for BBC One. Filming will commence in London next year and the programme will transmit on BBC One in 2015.

RIVER continues to demonstrate the BBC’s commitment to original British drama, and casting will be announced in due course.