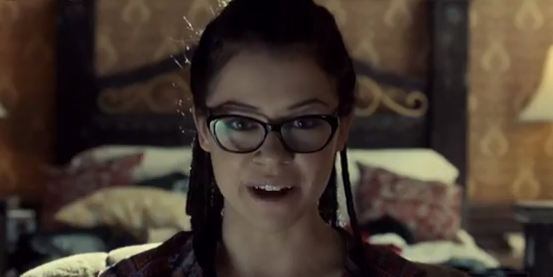 BBC AMERICA has renewed highly acclaimed original series, Orphan Black, for a second season to return as part of Supernatural Saturday in 2014. The conspiracy clone thriller starring Tatiana Maslany has been re-commissioned with a 10-episode order from Temple Street Productions, ahead of its season one finale on Saturday, June 1.

In making the announcement, Perry Simon, General Manager, Channels, BBC Worldwide America said: “Tatiana Maslany has delivered one of the year’s standout performances. We’re excited to commission a second season from the talented team of Graeme, John and Temple Street Productions, and we can’t wait to see who Tatiana shows up as in season two.”

“We’re delighted with the second season order for Orphan Black and want to thank everyone at BBC AMERICA, BBC Worldwide and Space for their support and commitment to our show,” commented David Fortier and Ivan Schneeberg, executive producers of Orphan Black and Co-Presidents of Temple Street Productions.  “We’re thrilled to continue this journey with such a strong team and fantastic cast, led by the ridiculously talented Tatiana Maslany.  A huge thanks to the fans for their steadfast support of the show. We’re looking forward to giving every one of them more Orphan Black.”

The innovative series has earned critical acclaim including The Hollywood Reporter saying “It is, flat out, one of the most intriguingly entertaining new series of the year,” TV Guide Magazine calling it: “a tangy, sexy blend of sci-fi and Run Lola Run-style chase thriller.” and the New York Post proclaiming: “If God and the Emmys are fair, at least six Maslanys will be picking up statuettes this September.”

The groundbreaking series launched on March 30 with Sarah (Maslany), an outsider and orphan whose life changes dramatically after witnessing the suicide of a woman, “Beth,” who looks just like her. Sarah takes her identity, her boyfriend and her bank account. But instead of solving her problems, the street-smart chameleon is thrust headlong into a kaleidoscopic mystery. She makes the dizzying discovery that she and the dead woman are clones… but are they the only ones? Sarah quickly finds herself caught in the middle of a deadly conspiracy, racing to find answers.